This colourful glass chair by Amsterdam designer Germans Ermičs is based on a seat designed by Shiro Kuramata in the 1970s.

The Ombré chairs – which were shown at Spazio Rossana Orlandi during Milan design week – are assembled from panes of glass, joined together without screws or other visible fittings.

They recall Japanese designer Shiro Kuramata's 1976 Glass Chair, which was bonded together with glue to give the appearance of floating in the air.

Kuramata was prompted to create the furniture after watching Stanley Kubrick's 2001: A Space Odyssey, and finding himself disappointed by the film's sets – which relied on existing furniture, rather than new designs.

His Glass Chair is now included in both the V&A museum's collection, as well as the Museum of Modern Art in New York.

Inspired by the minimal design, Ermičs – who has also designed a collection of glass furniture with gradients that fade to clear – created his Ombre chairs from panes of coloured glass.

"Almost invisible, these planes, without tangible support, hang in the air," said the designer, who began experimenting with glass during his time at  Design Academy Eindhoven before starting his own studio in Amsterdam in 2014.

The Ombre collection is completed by a pair of curved glass screens. A taller version is made from clashing gradients of pink, orange, blue and green, while a smaller screen features pastel pink that fades into orange.

Although Ermičs' collection was presented at the 2017 edition of Milan design week, the use of stained and coloured glass was one of the key trends to emerge from last year's event.

The Campana brothers used the material to fill blob-shaped gaps in a wooden cabinet, while Patricia Urquiola added stained-glass panels to the front of a credenza.

Other unconventional furniture shown in Milan this year included a collection of globular seating based on mushroom caps, and a collapsible wooden stool made from "programmable wood".

Photography is by Jussi Puikkonen. 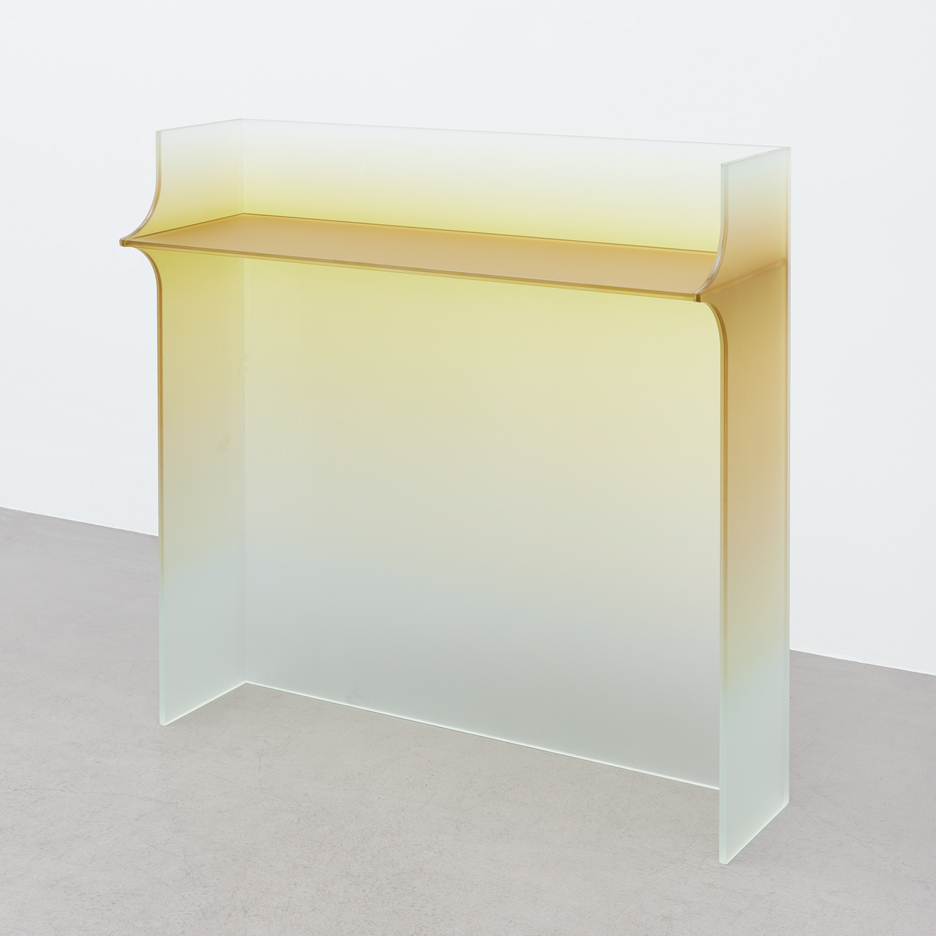