Seoul-based studio PESI has designed a side table using planks of cardboard that have the appearance of wood.

PESI created the Lumber table to explore the potential of cardboard as a material for short-use furniture. The table is designed to be easily assembled and, once no longer needed, disposed of.

At the same time, the designers wanted the table's aesthetic to be different from other cardboard furniture, which they said was usually folded or laminated.

"The project was approached for a purpose to study new usability and expandability of cardboard," said PESI. "We also wanted to find a new formative language in cardboard furniture, which is commonly folded like 'orgami' or laminated with layers."

To cut sections for the Lumber table, PESI turned to the die-cutting press, one of the standard methods for processing cardboard. The studio then rolled the cardboard into several rectangular shaped "lumbers", and finally fixed them together with PVC rivets.

The Lumber table comes as a flat-pack, and is put together by the buyers themselves. The 11 types of lumber included can be assembled into six different table formations that vary in length and height.

The lumbers are available in bright blue, red, yellow, green and natural cardboard brown, so buyers can play around with with the tables' colour combination.

The Lumber table was one of the winners of the ein&zwanzig competition, exhibited annually at Milan design week. It celebrates innovation in product and interior design among recent graduates.

Other winners of the prize, judged by the German Design Council, include the Dune collection of sandblasted furniture by Lisa Ertel and the easy-to-assemble Heureka chair by Timo Spelleken.

An acronym for Possibility, Essential, Standpoint and Interpretation, PESI design studio was founded by Byounghwi Jeon and Seungjoon Song. The duo graduated earlier this year from South Korea's Hongik University and completed the Lumber side table as part of their bachelor's thesis.

Cardboard has featured in a number of past design and architecture projects. Japanese architect Shigeru Ban used it in one of his tea houses, Giles Miller created a Stella McCartney pop-up shop from it, and Dutch studio Waarmakers turned it into a ceiling light that can be assembled from its own packaging. 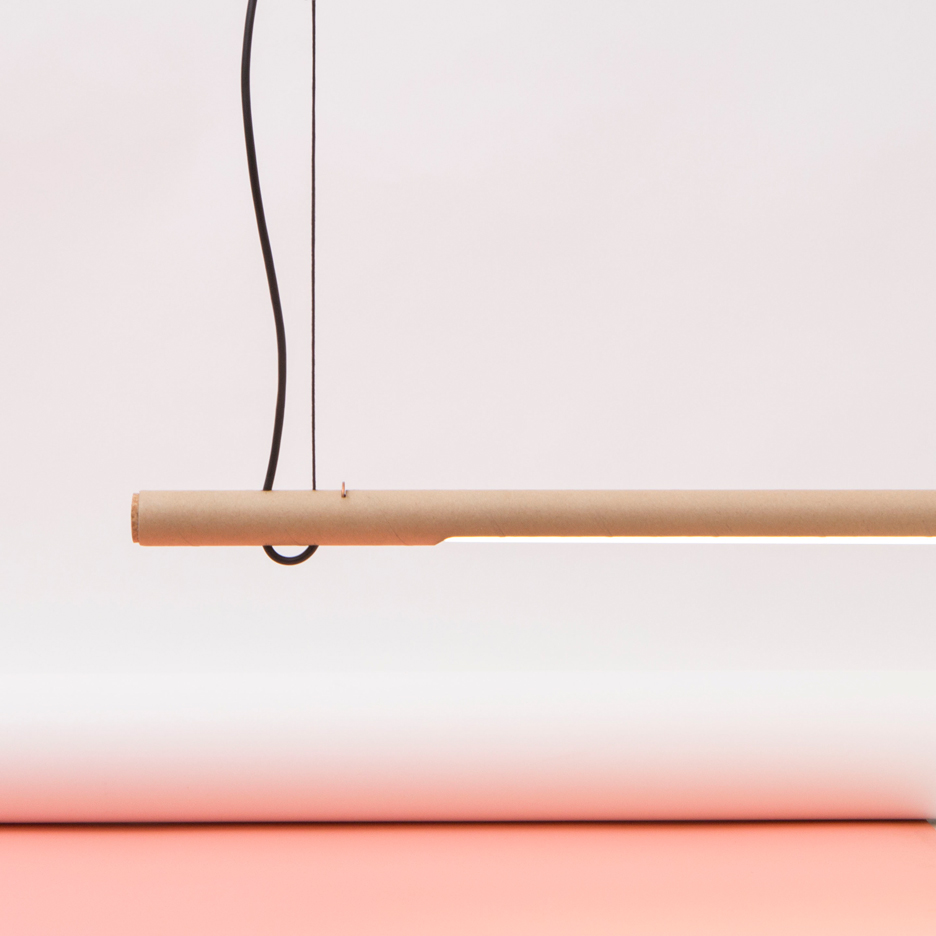 Waarmakers' R16 light is made from its own cardboard packaging