New pieces in London-based designer Marcin Rusak's series of resin furniture, patterned with leaves and flowers trapped in the surfaces, are on show at Twenty First Gallery in New York's Chelsea.

The exhibition – Rusak's first US solo show – debuts a console, a coffee table, a sculpture and a wall lamp that join the Poland-born designer's Flora Noir collection.

These additions feature leaves of tropical plants frozen in the resin, while the older designs presented in London in 2015 include more delicate, colourful flowers.

"I wanted to use bolder shapes and bigger petals, so I went for the exotic leaves," Rusak told Dezeen.

The designer sources his natural materials from florists, which throw out tons of waste flowers every day.

"I pick up everything they don't need," he said. "For me it's better because the flowers on their way to decay show more life, they start changing colours and they're not as perfect."

From extensive libraries built up over the years, Rusak selects the flowers and carefully arranges them inside an empty mould. Finalising the composition can take up to three days.

"I need to know that I'm happy with it, because you can't change it," Rusak said.

"I'm also doing it upside down, which makes it very complex. You see them from the bottom and can only imagine what they'll look like from the top."

The translucent resin is then poured into the mould. When the pieces are solidified, the flowers and leaves appear like fossils disappearing into the material.

Three types of metal are used to house the resin blocks: aluminium, brass and steel. The first two are simply finished with wax, while the steel is typically coated to prevent rusting.

Rusak's Flora Noir range also includes screens, lamps and tables made forming blocks of black resin with the flowers encased, but then slicing them up and reassembling the strips to create fragmented patterns.

The designer studied at Design Academy Eindhoven and London's Royal College of Art, and now runs a studio in the UK capital. All of furniture pieces are produced in the Netherlands.

For the New York exhibition, the designs are displayed in the residential setting of Twenty First Gallery, located on the first floor of a townhouse at 458 West 22nd Street.

Flora Noir opened on 12 May 2017 to coincide with this month's citywide NYCxDesign festival, and remains on view until 16 June 2017.

Exhibition photography is by Eileen Travell. 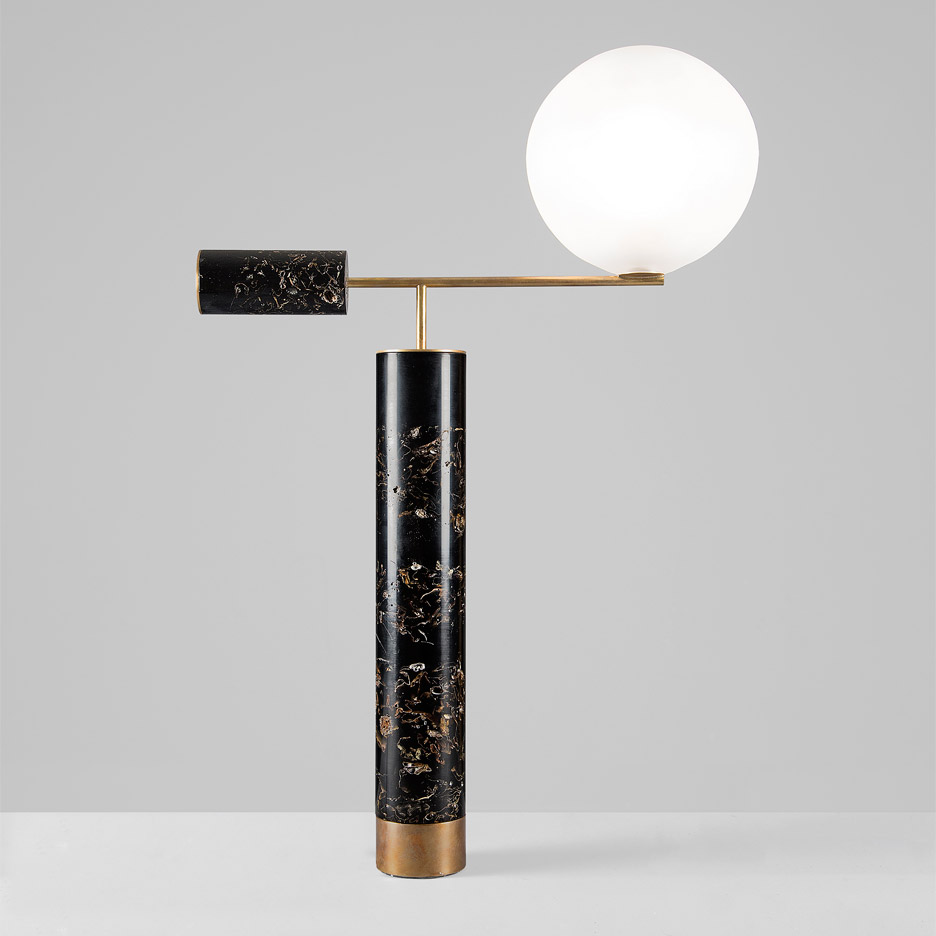