A UK charity has launched a competition calling for architects to propose alternative living spaces for Romanian migrant workers who are currently forced to set up camp in public parks or underpasses.

The organisation, called Commonweal Housing, wants to urgently find a solution to the "social injustice" of leaving employed migrants in the UK with no safe place to reside while they wait for long-term accommodation to become available.

Many of these workers have no option but to create unsanitary camping settlements in public places. These settlements are often unwelcomed by local residents, and can lead to animosity in communities.

"The encampments represent a social injustice on two fronts," explained Russ Edwards, a trustee for the charity and a driving force behind the competition.

"Firstly, the unsanitary and unsafe living conditions present in the encampments represent a significant social injustice to the individuals living there," he said, "and secondly, the informal occupation of public open space, represents a social injustice to local residents who become wary of using their local amenity spaces."

According to recent research, more than 1,500 Romanian immigrants were sleeping rough in London alone last year – largely due to the lack of affordable rental properties in the city.

The Starter For Ten contest asks architects to think of ways that existing structures could be used to facilitate temporary living spaces for these people – similar to the pop-up garage homes proposed back in 2012 by UK firm Levitt Bernstein, or the temporary homes inside unfinished high-rise buildings developed by Bangkok studio All(zone) in 2015.

According to Edwards, architects have a duty to their profession to come up with a solution.

"This is a sizeable group earning casual but regular income almost exclusively from London's booming domestic scale building industry, which many of us participate in through one way or another," he said.

"They have found themselves living in encampments of between 3 and 80 people through a mixture of eviction, abuse from unscrupulous landlords, appalling conditions in houses in multiple occupation and prejudice – in short, a lack of choice," he continued. "But they are resourceful, and want to improve their situation."

As well as being a trustee for Commonweal Housing, Edwards is also head of design at Pocket London, a property developer that has negotiated smaller space standards in order to create what it calls "starter homes for city makers".

Pocket has been criticised by some for its approach, which ultimately results in very small homes.

But Edwards insists that variety is the key to reducing the UK's current housing shortage, and claims this is one of the reasons that led him to get involved in this project.

"There is a growing consensus across the industry that there isn't a silver-bullet solution to the current housing crisis, and Pocket certainly isn't pretending to be one, but we offer a really valuable commodity to Londoners: choice," he said.

"We all know that the tried and tested solutions will not deliver the numbers that we need to mitigate the worst impacts of the crisis. The 'ladder' is broken so we need more choice, at every price point and in every tenure to fix it."

The deadline for submissions to the Starter For Ten competition is 23 June 2017. Shortlisted entrants will then be invited to present their ideas to a jury on 11 July, with a winner set to be announced on 14 July.

The winner will receive £1,500, while runners up will each receive £750 to contribute to their submission costs. 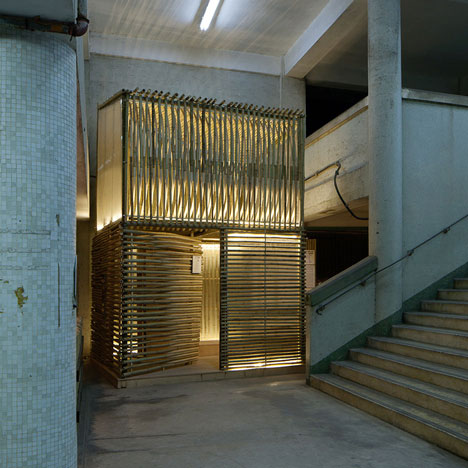