Labour MP Emma Dent Coad has speculated that recent renovation works may have contributed to the fatal fire at Grenfell Tower in west London, as prime minister Theresa May announces a public inquiry.

The death toll from the fire has now risen to 17. Following a visit to the site earlier today, May announced from 10 Downing Street that a public inquiry would be launched to ensure the disaster is properly investigated.

"People deserve answers. The inquiry will give them," she said.

Dent Coad – the Labour MP newly elected in the historically Conservative area – speculated that the building's recent renovation may have played a role in the spread of the fire.

"I can't help thinking that poor-quality materials and construction standards may have played a part in this hideous and unforgivable event," she told The Guardian newspaper.

The 24-storey tower near Notting Hill had received an £8.7 million facelift in the lead up to the fire, which broke out around 1am yesterday.

Aluminium-composite panels used to cover the facades of the high-rise were quickly identified by onlookers as appearing to help the fire take hold.

London firm Studio E Architects and contractors Rydon oversaw the £8.7 million refurbishment of the 1970s building, which was completed last summer. Rydon has claimed the building met all necessary fire regulation and health and safety standards at the time of completion.

However, there are claims that safeguards to stop the spread of fire were removed during the works, and it is unclear whether these were replaced.

The overhaul of the 1970s building has been in part attributed to the area's gentrification. Planning documents for the works from 2014 point to the need to update the facade improve the view from nearby luxury developments.

Dent Coad gained a majority in the borough in the general election last week. With a background as a design writer and architecture historian, she has campaigned against further gentrification in the UK's most affluent borough.

"People in Grenfell Tower have been complaining that the aesthetic refit hadn't helped them at all. It was more about making it look better for the people who want to regenerate the estate," said told the Guardian. 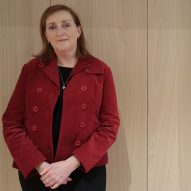 "The council want to develop this area full of social housing, and in order to enable that they have prettified a building that they felt was ugly... The idea that that has led to this horrendous tragedy is just unthinkable," she added.