Royal College of Art graduates Katrine Hesseldahl and Victor Strimfors have designed a modular sofa made from three distinct layers in an attempt to combat furniture waste.

The sofa is part of a broader manufacturing model called Strata, which the pair imagined for their masters programme in Design Products. The system divides furniture up into a skin, middle and base layer.

By allowing owners to swap out just the layers that are most likely to need changing – the cushion and covering – the duo hopes to offer a more sustainable alternative to throwaway homeware.

"It's about less material going into and out of the system," Hesseldahl told Dezeen. "We really want to have less bulky waste."

Hesseldahl and Strimfors were prompted to design Strata after reading a report that highlighted the challenges of recycling larger pieces of furniture, such as sofas and beds.

"A lot of people throw sofas out into the street because they're difficult to recycle, and they become landfill," Strimfors added. "It's not worth recycling because it consists of so many different parts and materials, and the work it takes to disassemble it isn't worth the materials that come out."

Each layer in the Strata system is generally made of a single material, facilitating easier recycling. The pair designed the Strata base layer in particular to be durable and long-lasting.

It is also adaptable, as the framework for the sofa could potentially be reused for other furniture, or extended.

By offering the middle and skin layers separately, meanwhile, Hesseldahl and Strimfors intend to give users the ability to personalise and adapt their sofas with the trends – rather than disposing of the entire item.

Hesseldahl said this feature made the system perfect for young people and renters. A prototype of the Strata sofa shows how textiles could be threaded onto the skin layer, for users to create their own patterns.

"They have more freedom to customise and feel at home, even though they may only live somewhere for a short time," she added.

The duo imagines that landlords might want to rent out apartments furnished with base layers ready for renters to personalise, and that business-to-business ventures might arise to cater to these property owners.

Strata – which was awarded the Robin and Lucienne Day Foundation prize 2017 – is still in its early stages, and the pair are weighing up whether to partner with a bigger brand, or strike out on their own as a start-up. They also suggest that the system offers potential for the company to collaborate with other independent designers.

"We would like to encourage ourselves as a dot in an ecosystem, and everyone else can tap into our model," said the duo, who were previously Makers in Residence as part of a British Council project in Shenzhen, China.

"If we had a digital blueprint or recipe of how you can make the skin layer, you could have a really collaborative model."

IKEA is concurrently exploring a similar way of making furniture that can be adapted across the course of its lifetime. They demonstrated this approach in their recent collaboration with Tom Dixon, the Delaktig bed that can be modified using third party add-ons. 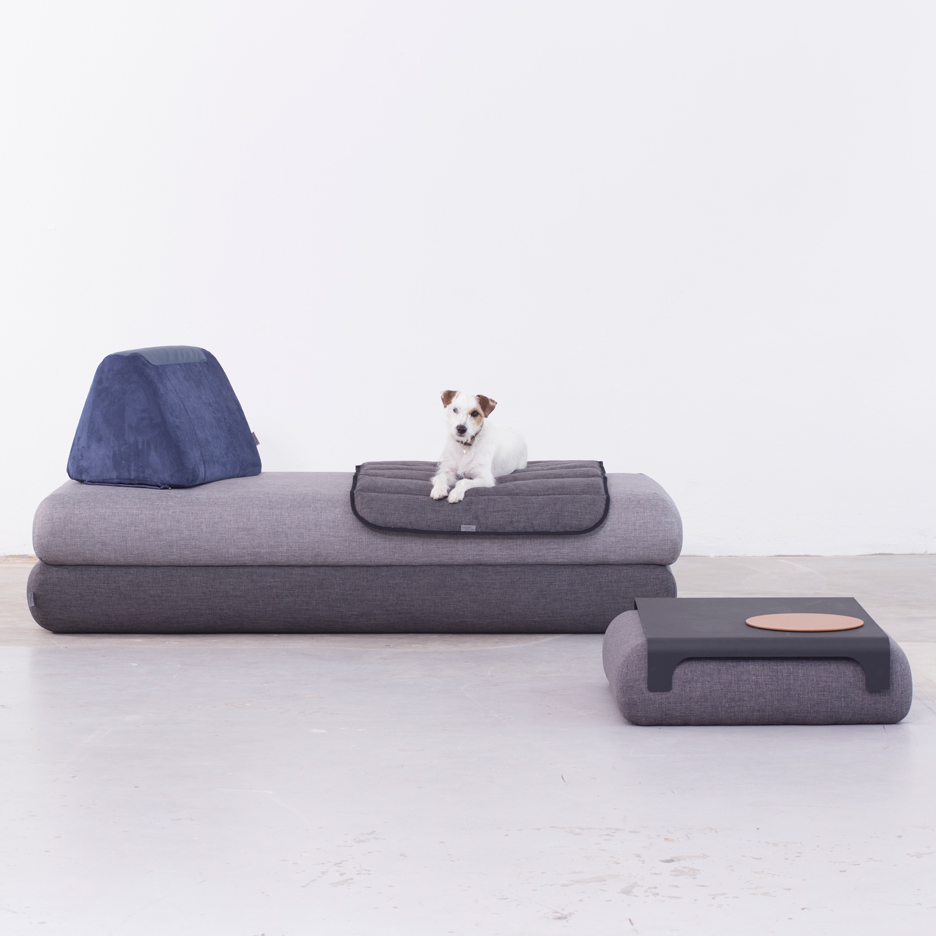 Strata is on display at the Royal College of Art (RCA) graduate show, on at the school's Kensington campus from 24 June to 2 July 2017.