A research team from ETH Zurich used 3D-printed moulds to make the skeletal framework for this all-concrete boat, which won first prize for design innovation at the Concrete Canoe Regatta.

The boat race takes place every other year on the Rhine river in Cologne, Germany. It challenges participants to create the lightest and fastest vessel, and race it 200 metres without sinking. The competition allows no other material than concrete to be used.

For their SkelETHon canoe, the team from ETH Zurich relied on research that allowed them to fabricate large-scale concrete building components, casting concrete in any shape using 3D-printed moulds.

"With 3D printing we have an almost unlimited geometrical freedom for making formworks, which was not available to concrete so far," said the team's Andrei Jipa. "Undercuts, microstructures, high-resolution details are now possible."

The moulds are made from recyclable plastic, and allowed the team to cast slender "bones" – some of which measured just 15 millimetres in diameter – from steel fibre-reinforced concrete.

Using optimisation algorithms, the team developed a framework that required less material than traditional canoes but created support through a skeletal structure.

They also designed a textured rough surface for the concrete, which helped maximise the contact area between the skeleton and the concrete membrane that covers it. The minute ridges also aid to reduce the risks of cracks forming along the joints. The entire canoe weighs 114 kilograms.

"Due to the complex topology, with inaccessible undercuts, enclosed tubular structures and high-resolution details, 3D printing is the only suitable fabrication method," Jipa told Dezeen. "Making such a geometry with subtractive methods, like CNC milling or hot wire cutting, would be impossible."

"With 3D printing there was no waste material, and no post-processing required."

The canoe was awarded first prize for design innovation at the Concrete Canoe Regatta, which drew over 1,000 participants. This marks the third year in a row that ETH Zurich has won the prize, and the boat is now on permanent display at the Institute of Technology in Architecture at the school.

Researchers at ETH Zurich have experimented with several methods of construction, previously creating a pioneering stone canopy that supports itself without glue and a shingle-clad pavilion fabricated by robots. 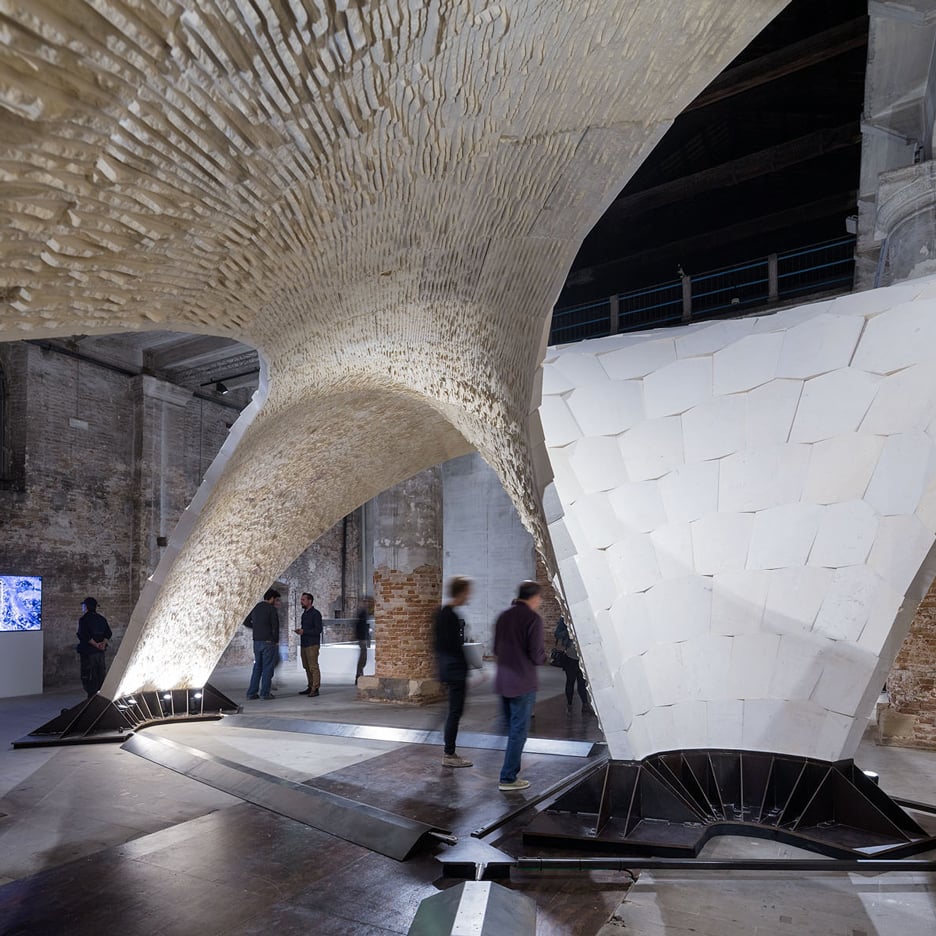