Design bodies are consulting their members on what the UK's immigration policy should look like post-Brexit, after the government invited business sectors to submit their views on the subject.

Home secretary Amber Rudd announced at the end of last week that she was tasking the Migration Advisory Committee with gathering evidence on the impacts of Brexit. The independent body will also look at how to align the UK's new immigration system with its industrial strategy.

The committee has now put out a call for evidence on the role European Union workers play in various sectors, while design and architecture organisations including the Royal Institute of British Architects (RIBA) have said they are preparing responses on the topic.

"RIBA members have identified access to talent as a top priority in Brexit negotiations and the UK government must recognise the benefits of the UK as an attractive place to work for ambitious architects from across the globe," said RIBA president Jane Duncan.

"We need to ensure that any potential change to the immigration system neither drives away international talent nor increases the burden for practices that want to hire talent from abroad."

This is the first study instigated by the government with a specific focus on immigration since the EU referendum over a year ago – a fact for which it has come under fire from critics. Immigration does form part of the government's existing enquiry into the impact of Brexit on the creative industries.

The committee will report back in late 2018, although Brexit negotiations are already underway and the UK is set to formally exit the EU in March 2019.

"This will be a chance for businesses and employers to express their honest opinions, independently of the government," Amber Rudd wrote in the Financial Times. "It is critically important the views of each industry are reflected accurately in this evidence, so I would encourage industry representatives to get involved in the process."

As well as the RIBA, the Design Business Association (DBA) and Creative Industries Federation (CIF) have said they are consulting their membership on immigration issues in preparation for a submission to the government.

The DBA said the best future immigration system for the design industry was one that enabled it to hire the best candidates, regardless of their background or nationality.

"We need assurances that a tough immigration policy (part of our Brexit negotiations) and the current education policy (that sidelines creativity) won't bring about a drought in candidates entering the UK design industry or starting new businesses in two years' time – that will put the brakes on growth in the sector that is the fastest growing and biggest contributor to GDP in the UK," said DBA CEO Deborah Dawton.

"Ours is a people business. Bottom line is you need great people to grow it and they have to come from somewhere."

The CIF said it was preparing a submission based on a members' survey that indicated the sector's EU workforce could not be replaced by a solely local workforce.

"A survey of federation members in June this year revealed the UK's creative industries employ high numbers of European workers who cannot be replaced by British staff," said the CIF. "It suggested cutting immigration will damage the fastest growing part of the British economy meaning it is essential that a post-Brexit immigration system that works for the sector is established."

"The federation is currently investigating what a new immigration and visa system that works for the creative industries should look like and will report on its findings in the autumn."

The design and architecture sector has been pushing the UK government to ensure it can continue to recruit talent from abroad, which has emerged as one of the industry's key concerns since the Brexit vote.

According to a survey of practices conducted for Dezeen, almost half of all architects working in London come from overseas, with 33 percent coming from either the EU, the European Economic Area or Switzerland. 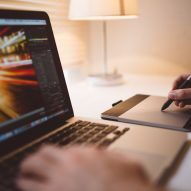 Amanda Levete, whose practices contributed to the survey, said at the time that 80 per cent of architects at her firm are from abroad.

"Turning off the tap of talent coming to work here would be very damaging to our profession," she added.

Earlier this month, over 500 leading arts organisations and individuals signed the Our Shared European Future statement, which called for post-Brexit residency for EU nationals  currently working in the UK and free movement between countries for skilled workers.

At a recent business talk hosted by Dezeen in London, Zaha Hadid Architects' global head of people and talent Caroline Roberts said that a large part of her job had become helping the company's 400-strong workforce – two-thirds of which hails from the EU – to deal with the implications of Brexit.

"The UK isn't feeling as welcoming or so much as a land of opportunity as it did," Roberts said. "There is that fear as to not having the mobility in talent as we've had and we've enjoyed in the past."

The Migration Advisory Committee's investigation will close on 27 October 2017. Guidelines for submissions can be viewed on the gov.uk website.