A group of international organisations representing designers and architects have signed the first Montreal Design Declaration, setting out the sector's ambitions for tackling world issues.

The declaration was agreed and signed at the World Design Summit – an event that claims to be the first of its kind – which took place in the Canadian city last month.

Organisations affiliated with the United Nations, including UNESCO, UN-Habitat and UNEP, were joined by international federations for landscape architecture, housing and planning, and other design disciplines for the 10-day series of talks presentations.

Together the delegates set out goals for sustainable design and promoting the sectors' importance, resulting in an international action plan for using design to address global challenges.

"For the first time, representatives of leading international organisations representing designers, architects, planners and landscape architects have collaborated effectively to present a united position on the utilisation of design to cope with pressing global economic, social, environmental and cultural challenges," said a statement from World Design Summit.

It is hoped that the document will be used as a reference for both design and non-design bodies to ensure that the sector contributes ethically and positively to the world.

"This text is an exceptional resource that highlights the strength and effectiveness of design when it focuses on improving people's quality of life and proposes concrete solutions to current problems," World Design Summit said.

The declaration is built around eight statements:

› Design is a driver of innovation and competition, growth and development, efficiency and prosperity
› Design is an agent for sustainable solutions created for people and supporting the planet on which we rely
› Design expresses culture
› Design adds value to technology
› Design facilitates change
› Design introduces intelligence to cities as a foundation for better communications, improved environments, enhanced quality of life and more prosperous local communities
› Design addresses resilience and manages risk
› Design fosters development of SMEs in general and the creative industries in particular

It also makes nine calls to action, including the development of design policies, metrics and standards, and recognition of design's value by world leaders.

"This meeting will have enabled us to send a clear message to the political bodies and decision-makers, as well as a signal that the international design community is united behind concrete goals," said Marie-Claude Parenteau-Lebeuf, World Design Summit Organisation board chair.

World Design Summit was held at the Palais des Congrès de Montréal from 16 to 25 October 2017, and included over 650 speakers, more than 500 presentations and upwards of 350 exhibitors at its Expo.

The role of design in helping to solve global issues has become a key theme for several international events. Taking place around the same time as World Design Summit, the EDIT festival in Toronto presented projects that demonstrate how design and technology are being used to tackle these problems. Canadian prime minister Justin Trudeau acknowledged the importance of these fields in a speech recorded for the festival's opening.

Meanwhile, Dezeen organised a series of talks during last month's Dutch Design Week titled Good Design for a Bad World, which explored how the industry is helping to tackle problems like pollution, climate change and the refugee crisis. 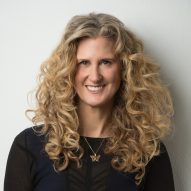