French designers Ronan and Erwan Bouroullec have installed a modular sun shade and seating system made from steel and coloured glass in Miami Design District.

Described by the designers as an "organic pergola", the Nuage installation provides shade, shelter and seating along the district's Paseo Ponti between 40th and 41st Streets.

The design is a scaled-up version of the cellular Nuage vases that the designers created for Vitra in 2015, and modular shelving system of the same name created as a concept in 2002, and put into production by Italian furniture brand Cappellini in 2004.

When the sun shines through, the tinted canopy acts like a stained glass window to create colourful wavy-edged shadows that look like cartoon clouds on the pavement below.

Underneath the structure, a series of curvy concrete vessels contain a lily pond, as well as native plants and trees that stretch up through the steel tube formations. The vessels' wide brims also double as seating for passersby.

"Mineral and heavy, these shapes contrast  the stainless steel roof onto which the environment, the sky, the vegetation are reflected," said the designers. "The reflection resonates with the changes of the day and with the seasons, inviting relaxation, reflection, and respite from Miami's bright sun."

The Bouroullecs hope that over time, the structure will develop a patina and the vines and trees will "colonise" the system.

"Like ivy that grows along the street, Nuage engages with buildings and facades, creating a natural relationship with the surrounding architecture," they said.

Nuage was installed as part of the Design Miami satellite programme during the city's art and design week, which took place from 7 to 10 December 2017, and will remain permanently. 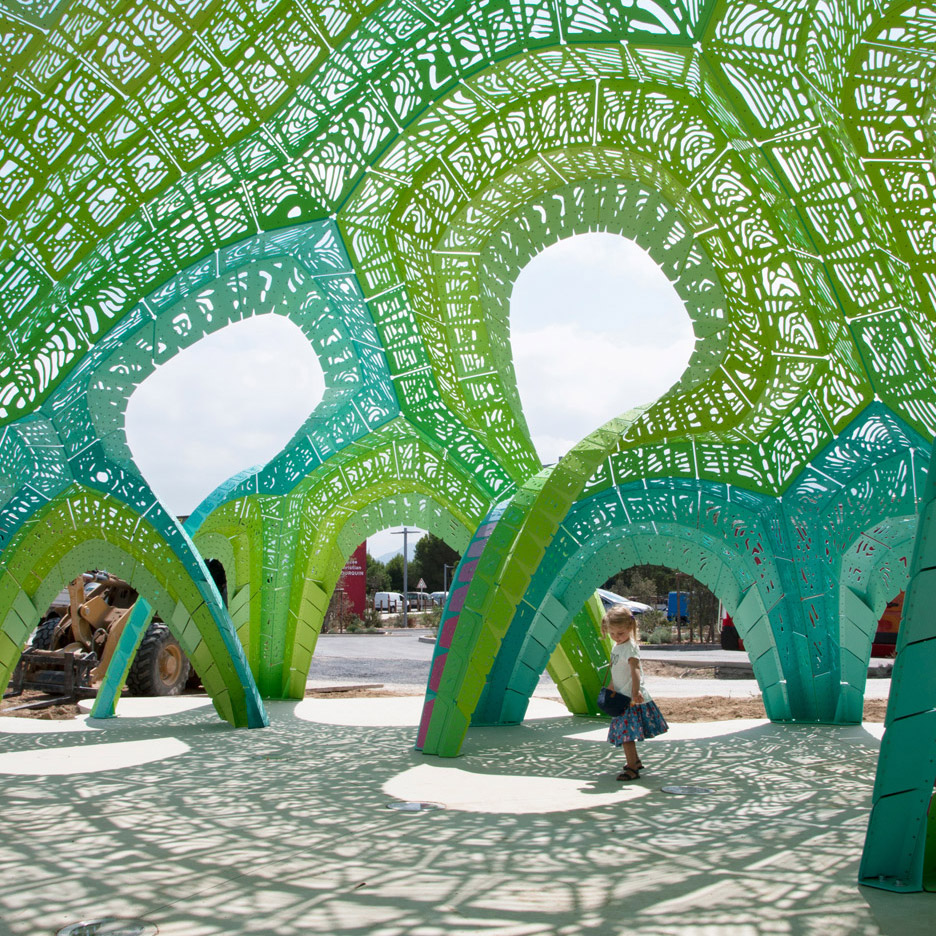