Dezeen promotion: Patricia Urquiola has created a new collection of ceramic tiles for Italian brand Mutina, which include cross-hatched, dotted and patterned designs.

Cover is one of five new collections that Mutina has added to its repertoire. Designed by Milan-based Urquiola to explore different materiality and geometries, it features unglazed porcelain tiles that come in three different textures: Base, Grid and Nube.

These can be combined with a choice of eight patterns: Bouclé, Daphne, Liberty, Nouveau, Poppy, Rounded, Scarabeo, and Stitch.

The collection includes large-format tiles, measuring 12 by 240 centimetres. These are available in all three different textures, thanks to the use of Continua Plus compaction technology – a method that allows aesthetic effects to be applied on large-format ceramic surfaces.

The technique involves combining different clays with a micro-grit mixture to form a pattern base, then using a silk-screen printing method to finish the design. Using this method, Mutina is able to create "virtually unlimited" range of irregular, figurative and geometric patterns.

The designs all come in white, grey or black. But, as the manufacturing process allows the tiles to differ in intensity and density of colour, different greyscale shades feature in each of these three sets.

Urquiola said her aim was to create "irregular large patterns with different intensity and density of colour, that are reminiscent of the variable landscape of the sky in which the clouds move around continuously".

"We have strived to achieve new material properties on our large slabs," she said.

"The body of this material is already designed to contain a natural grit, a light blend that acts as a base for slightly contrasting materials, with modern patterns and modules applied using the silk-screen method."

The compaction technology also produces tiles that are stronger and denser than those made with more traditional pressing techniques. As a result, the Cover tiles can be used for both floor and wall coverings, on interior and exterior surfaces.

Urquiola has developed various collections for Mutina over the past decade, since the launch of her Déchirer range in 2008. The company describes Déchirer as the "breakthrough" that set it apart from other tile companies worldwide.

This limits the number of joints between tiles, allowing them to span over an extended surface space.

These unglazed porcelain tiles are designed for walls only, but can be used inside and outside. They come in three colours: Gesso, Grafite and Avana.

These design releases came with the announcement that Mutina has also opened a new showroom and an exhibition space dedicated to contemporary art. These are both located at the brand's headquarters in Fiorano, Italy, which was designed by architect Angelo Mangiarotti in the 1970s. 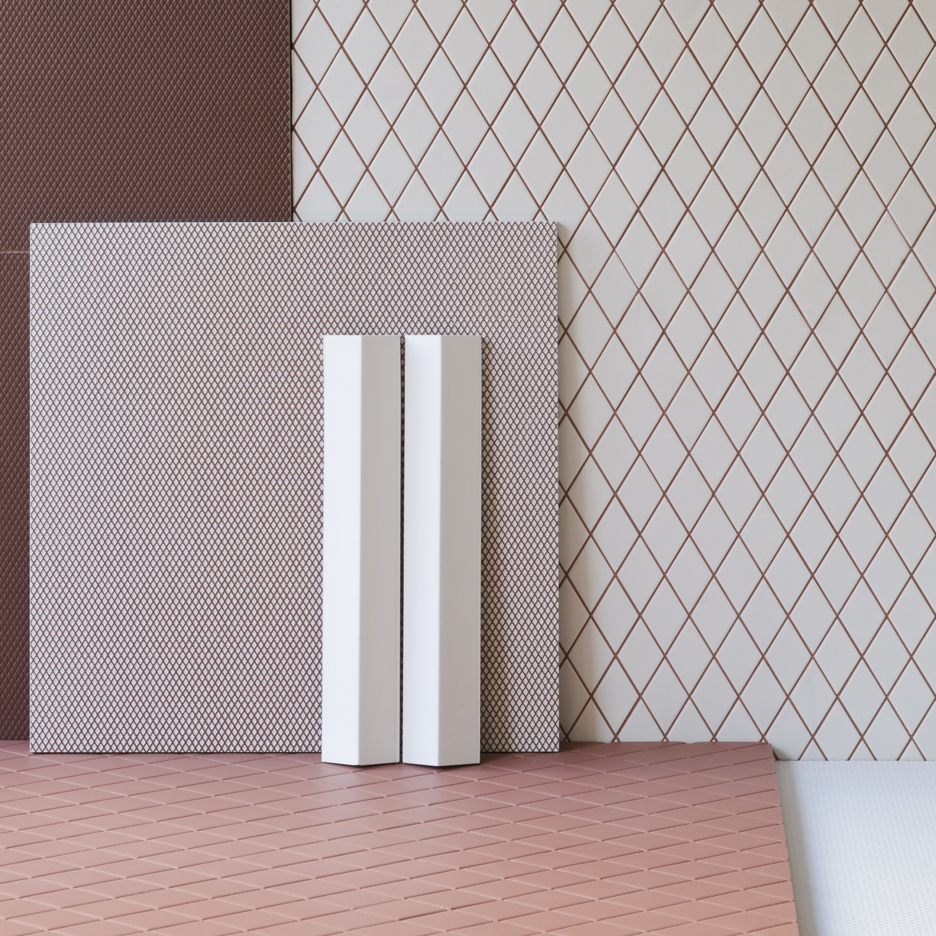