An angular museum in a Canadian forest, buildings for New York's dump trucks and road salt, and a girl's school in Afghanistan are among the 17 winners in the American Institute of Architects' Honor Awards this year.

The 2018 AIA Institute Honor Awards recognises the best projects across three categories: architecture, interior architects and urban design. These can be completed either in America or internationally, but the architects must be licensed in the United States.

Announced earlier today, 12 January 2018, this year's 17 winners were selected from 500 submissions by a jury of architects and academics.

Among the winning designs in the architecture category is The Broad art museum completed by Diller Scofidio + Renfro, which is lauded for "urbanising downtown Los Angeles", and the Manhattan Districts 1/2/5 and Spring Street Salt Shed in New York City – designed by Dattner Architects in collaboration with WXY Architecture + Urban Design.

Patkau Architects' angular museum in a Canadian forest, Graham Baba Architects' headquarters for the Washington Fruit and Produce Company, and a girls school in Afghanistan built by Robert Hull and the University of Washington's architecture department are also honoured in this group.

Skidmore, Owings & Merrill received two accolades – one for its New United States Courthouse in Los Angeles in the architecture selection, and another Chinatown Branch Library in Chicago in the interior architecture category. 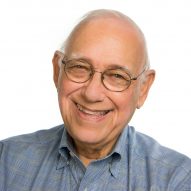 Others recognised for interior design include Desai Chia Architecture's renovation of a New York loft for a photographer and Dake Wells Architecture's middle school in Missouri.

In a rare feat, the redevelopment of Chicago's Riverwalk – overseen by Ross Barney Architects – won in both the architecture and urban design category. The last project also recognised in two categories was the Vancouver Convention Centre in 2013.

At the end of last year, the AIA also announced that architect James Stewart Polshek would receive 2018 AIA Gold Medal, the insitute's highest honour for an individual, while Minneapolis practice Snow Kreilich Architects will receive the 2018 AIA Architecture Firm Award.

Read on for an overview of each 2018 Honor Award winner from the AIA:

The Audain Art Museum is a private museum built to house and exhibit Michael Audain's personal art collection, including British Columbia art from the late 18th century to the present. The design navigates three main determinants by connecting local culture with the permanent collection and traveling exhibits of all kinds, by spanning the revegetated floodplain of Fitzsimons Creek, and by strategically shedding the enormous snowfall typical of Whistler. The building's minimal interiors recede behind the art and its calm exterior foregrounds the natural landscape.

With its innovative "veil-and-vault" concept, The Broad showcases the comprehensive collection of The Broad Art Foundation's worldwide lending library. The "vault" storage holding shapes the museum experience for visitors who enter the lobby below its carved underside, shoot through it in the elevator, stand above it in the galleries, and peer in through viewing windows. The vault is enveloped by the "veil," an airy, honeycomb-like structure that filters daylight into public galleries. Since opening in 2015, The Broad has welcomed more than 1.7 million visitors and has been heralded as a catalyst for urbanising downtown Los Angeles.

Find out more about The Broad ›

As early as Burnham and Bennett's 1909 "Plan of Chicago", the Main Branch of Chicago River was envisioned as a place of both leisure and commerce. Nearly a century later the Chicago Riverwalk has realised this vision. Through changes in its shape and form, the continuous river level path drives a series of new programmatic connections to the water. Above all, the Riverwalk honours the iconic quality of the existing urban context by embracing and interpreting Chicago's layered history.

Located in Mazar-i-Sharif, Afghanistan's fourth largest city, the Gohar Khatoon Girls' School is an important urban center educating several thousand girls every day. Commissioned by the Balkh Province Ministry of Education, in partnership with a US-based non-profit organisation, the school is integrated into the national education system expanding Afghanistan's push toward the development of women and girls, and their contribution and inclusion within Afghan society. Gohar Khatoon supports this process by promoting stability, comfort, and community engagement and has become a model for other girls' schools in the country.

Located at the edge of Manhattan in a dense mixed-use neighborhood, the Department of Sanitation's garage and a salt shed were signature projects of NYC's Design Excellence program. The 425,000-square-foot garage's double skin façade is clad in perforated metal fins, reducing solar loading while providing a strong vertical articulation of the project's mass. The 5,000-square-foot salt shed, with faceted concrete planes, has become an iconic structure, attracting photo shoots, architectural tourists, and curious locals. The design and siting of these two projects provide a dignified example of vital civic architecture.

From the earliest ages, we are drawn almost magically to the firefighters, firetrucks and the equipment contained in these civic landmarks. The design for the 8,000-square-foot replacement of FS92, originally built in 1962, embraces this attraction by providing inviting views into the apparatus bay from the main pedestrian and vehicular thoroughfare in this small island community. This visibility promotes a greater connection to the people that the fire station serves, resulting in increased awareness and vocal advocacy for these vital services. The design team incorporated a number of sustainable features to reduce energy use and provide thermal comfort for the firefighters. The station boasts a thermally efficient envelope, and fast-acting bi-fold doors in the vehicle bays reduce the amount of time the doors are opened following an emergency response.

The New United States Courthouse – Los Angeles houses the US District Court, Central District of California. The building's architectural expression is an inextricable union of site orientation, environmental performance and principles that honor the public realm. An innovative hat-truss structure allows this cubic form to "float" above a stone base, opening up new public spaces, giving the project a clear civic presence and separating it from its commercial neighbours. The design is rooted in classic principles of American civic architecture as seen through the lens of 21st-century Los Angeles.

The Steven L Anderson Design Center is a contemporary addition to a carefully restored and renovated historical building, Vol Walker Hall, the University of Arkansas' original library and home to the Fay Jones School of Architecture and Design since 1968. The coupling of old and new creates a striking hybrid, invigorating the historical center of the university's campus and revitalising the educational environment of the school. The expanded facility unites all three departments – architecture, landscape architecture, and interior design – under one roof for the first time, reinforcing the school's identity and creating cross-disciplinary, collaborative learning environments.

Company leaders desired a new office/headquarters that would serve as a refuge from the industrial agribusiness landscape that surround them. They asked for warmer materials, little-to-no concrete, non-boxlike forms, protection from the freeway, and a spare office aesthetic that minimised visible equipment or devices. The approach for the new 16,500-square-foot office was to create an inwardly focused oasis. The building is light, from the delicate, expressive structural beams to the ample amount of daylight throughout. The building tucks into its environment to merge with nature.

The Chicago Public Library, Chinatown Branch serves as a civic, educational, and social hub for the city's Chinatown neighbourhood. The most visited branch in the Chicago Public Library system, the library provides a much-needed public gathering place geared toward community activities and technology-based learning. Anchored by a skylit two-story central atrium, the building's interiors are open concept, flexible, and sustainable, and feature daylighting, panoramic neighborhood views, with bright, comfortable furnishings for visitors of all ages, including a vibrant site-specific 60-foot mural on the history of Chicago's Chinatown painted by a local artist.

This industrial loft renovation was designed for a photographer seeking a serene live-work environment. The library/reception area immediately off the entry vestibule serves as a hinge for two distinct zones – the east zone flows directly into the 'private' domain of her photography studio and private bedroom, while the south zone flows into the 'public' domain of her kitchen, dining, and living areas. By cutting and folding the ceiling planes, light gently bounces throughout and anchors the seating areas. Functional raw steel, wood, and resin elements artfully shape the environment throughout.

Find out more about Photographer's Loft ›

Taking advantage of the site's dramatic topography, this new middle school places the two largest programmatic spaces below grade, providing energy efficiency and storm resiliency for nearly 400 students and teachers. A cascading atrium is the heart of the school, flooded with light and activity, connecting collaborative teaching zones and flexible learning environments. A wood screen references the nearby woods while providing added safety and warmth to the building interior.

The Sound Transit University of Washington Station creates a unified solution at one of Seattle's busiest intersections and provides a unique gateway to the UW campus through its above and below-grade experiences. At the heart of the 156,000-square-foot station, LMN Architects and artist Leo Saul Berk collaborated to create an integrated experience for travellers, where the architecture seamlessly merges with Berk's artwork, Subterraneum. Backlit perforated metal panels clad the chamber walls, forming patterns of light that express the geological layers of earth, and suffuse the space with ambient light. The Station opened as the second of two stops on the University link in 2016, increasing system ridership by 80 per cent.

Square's headquarters, spanning four floors of a converted data center, utilises urban planning principles to transform vast floorplates into a vibrant workplace. A central boulevard, lined with landmarks that break down the scale of the expansive project, serves as the organizational spine of the 295,000-square-foot space. A monumental amphitheater unifies the office floors, providing a flexible venue for a host of activities. Clean lines and predominantly white interiors resonate with Square's brand at both aesthetic and functional levels, highlighting the company's core values to create a refined, seamless experience.

Utilising derelict infrastructure, the Chicago Riverwalk is a one-and-a-quarter-mile-long civic space between Lake Michigan and the confluence of the main, north, and south branches of the Chicago River. What might have been unimaginable years ago has been achieved: an activated riverfront in the heart of a booming urban core. The Riverwalk has transformed Chicago and in turn has become a beloved park for residents, visitors, and people of all backgrounds.

Salty Urbanism is a sea-level rise adaptation design framework for urban areas that envisions and quantifies the experiential and ecological outcomes of alternative lifestyles within a future of saturated landscapes. As an integrative design tool, Salty Urbanism accommodates a variety of best management practices to be implemented over time. Tactics and techniques outlined are implemented step-wise and successively across various fronts to establish meaningful conversations among stakeholders as they reimagine and realize a prosperous way forward for the region while adapting to sea level rise and climate disruptions.

In rapidly growing Conway, Arkansas, the Urban Watershed Framework Plan recalibrates urban infrastructure according to ideals espoused in the concepts of ecosystem services. The plan envisions highly livable green spaces developed through low-tech but high-concept enhancements to investments already servicing Conway's growth. Employing green infrastructure to deliver ecosystem services, the plan includes a portfolio of retrofits that complement conventional infrastructure that can be transferred to any urban watershed. As ecological problems are often social problems, property owners and low-income residents downstream often suffer the most economic damage. To combat this, the plan bolsters social equity by providing a number of suggested policy revisions and holistic solutions that benefit all interests.