British architect David Chipperfield has designed a commemorative coin to mark 250 years since the opening of the Royal Academy of Arts in London.

Chipperfield worked with British graphic designer John Morgan on the £5 coin, which depicts the institution's home at Burlington House near Piccadilly.

The pair were invited to create the coin by the Royal Academy of Arts (RA) and The Royal Mint, which is selling the silver coin for £82.50.

The commission makes Chipperfield the first architect to design for the government-owned mint.

The face of the coin is imprinted with an image of the original two-storey facade of Burlington House, where the RA has been based since 1867.

The image shows the building prior to a series of renovations and extensions that have been taken place in the intervening period – starting with a roof extension added by architect Sydney Smirke between 1872 and 1874, and more recently its renovation by David Chipperfield Architects.

Chipperfield's practice is currently working on the transformation of the RA's two properties – Burlington Gardens and Burlington House – into a single unit. Part of the scheme, which will open in May 2018, will host a new home for the RA's architecture programme.

"The design for the coin is an architectural detail of the main facade of Burlington House taken from an engraving in the third volume of Vitruvius Britannicus, the influential architectural treatise by Colen Campbell," explained Chipperfield.

"The captured section of the engraving includes recognisable features of the RA building before the additional storey was added," he continued. "The four categories of the RA are directly captured or referenced: architects; sculptors; painters; engravers, printmakers and draughtsmen. The text encircles and frames the scene."

The plan to give the architecture programme a permanent home is part of a move by the RA to transform its perception as an institution seen as dedicated the fine arts to a major player in contemporary architecture. 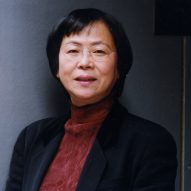