Titled Below the Heavens, 11 pieces from the 22-piece series will be presented at Spazio Rossana Orlandi during Milan design week taking place later this month.

The series, also referred to by the brand as Collection IV, will be rolled out over a two year period. It marks the Switzerland-based Nigerian American designer's first collaboration with Sé and is his largest furniture collection to date.

Designs include the Circe lounge chair, which features a bulbous upholstered seat set within an elegant steel frame, and the Helios tables, which sport rotund lacquered wood bases topped with slim discs of marble.

Other designs such as the Eos and Helios lights are inspired by the sun, while the Morai chandelier and Gaea pendant evoke cloud formations.

Archibong said his aim was to capture the tension between delicacy and strength – a consistent theme throughout his work – while the collection's title, the brand says, references "the threshold between heaven and earth – a place of serenity that Archibong feels encompasses the spirit of Sé". 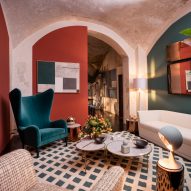 "My aim is to push Sé's fascination for exploring noble and new materials even further, and use them with simple silhouettes and decorative elements to create a memorable collection," said Archibong.

"To me, Sé occupies a special place in the spectrum of luxury furniture. This collaboration feels like a perfect fit and it's an honour to be invited to create the fourth collection."

"With Ini, we have found a designer who has an innate grasp of timeless luxury, a passion for investigating materials and production techniques," says Sé founder Pavlo Schtakleff.

"Together we will enrich Sé's offering and make Collection IV an exciting and significant body of work in our 10th anniversary year," he continued.

Collection IV will also include pieces designed by Ini Archibong in collaboration with Studio MTX, a Parisian atelier that is part of Chanel's Maisons d'Art.

The French studio uses Haute Couture embroidery and a variety of materials and techniques to develop custom-made surfaces and textures for interior architecture.

Archibong's Selene chandelier will incorporate Studio MTX's architectural embroidery elements into lighting for the first time and will be revealed during Salone alongside bespoke scenography by the French studio.

The collection will be displayed during Milan design week from 17 to 22 April 2018 at the brand's regular spot in Spazio Rossana Orlandi located in a former tie factory in the Magenta neighbourhood of the Italian city. 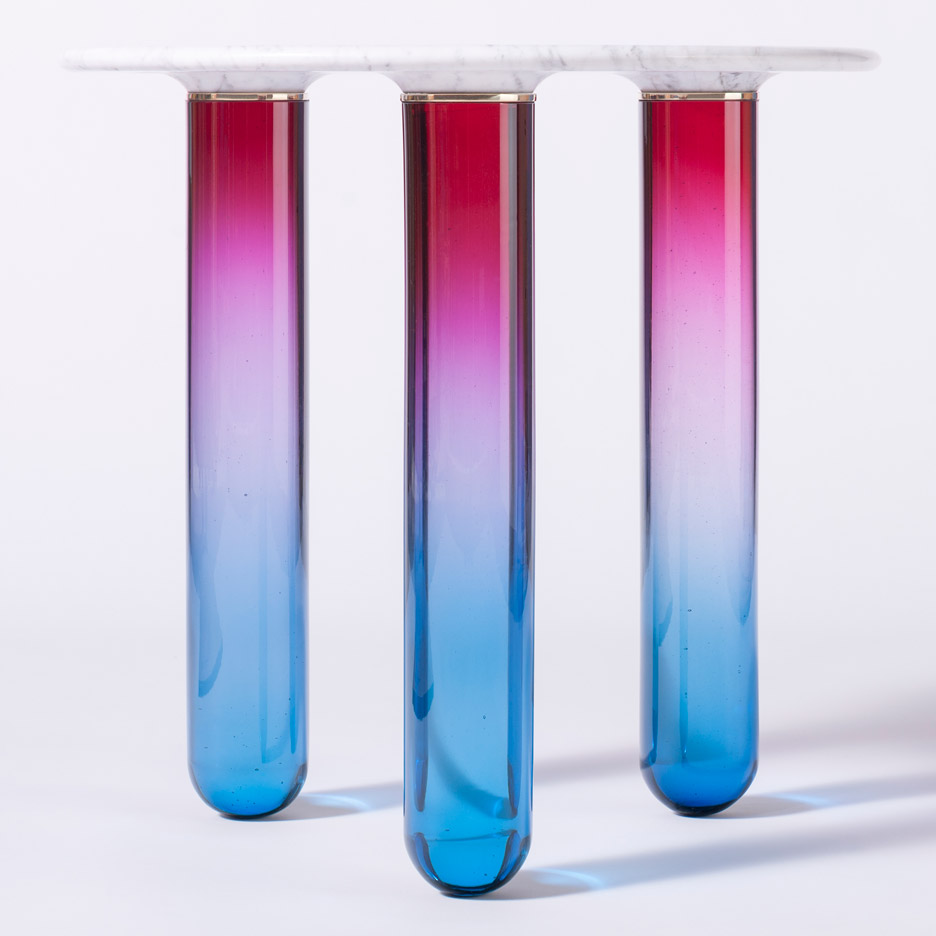 The showcase will be completed by pieces from French rug producer, La Manufacture Cogolin, who will create one-of-a-kind carpets, and virtual window brand Anotherview, who will install a window with a view onto the clouds.