Austrian designer Thomas Feichtner has collaborated with a group of craftspeople to create a wire chair with a technique more commonly used to manufacture wire fences.

Feichtner, widely recognised for his minimalist furniture, made the Octagon Chair together with members of H+S Zauntechnik – a wire manufacturer in Styria, Austria.

He used the form of a cantilever chair, a chair supported by one single leg, as a starting point for his design.

He also wanted to incorporate the wire welding techniques that he had learnt while manufacturing fences at H+S Zauntechnik, which he said reminded him of a shopping trolley.

"H+S Zauntechnik usually produces wire-mesh fences by welding wires together in an automated process," Feichtner told Dezeen. "This overlaying of the wires reminded me so much of a shopping trolley. It was clear to me that I can transfer the two-dimensional fence into a three-dimensional object." 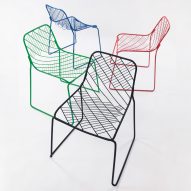 "As a designer of furniture, a chair came into my mind first. It ended as a cantilever chair automatically. Using the overlaying welding technique only at the seat made all the rest describing an eight and the cantilever was done," he added.

Feichtner adapted the typology of the traditional cantilever chair, which is supported by a single steel pipe.  Instead, he used 12 thin wires made from stainless steel, which he looped together to support the chair at a 90-degree angle.

Either corner of the structure combines to form the backrest and seat of the chair, while the seat is reinforced by overlapping wires that have been welded together to form a gridded pattern.

"It has an almost unreal impression. As a three-dimensional object, it still looks two-dimensional, like a graphical drawing of a pen-on-paper plotter," he said.

"Even the photos look almost like renderings," he continued. "Your eyes are confusing searching what is front and what is in the background. The parallel wires almost generate a moire Effect by overlapping."

The Octagon Chair will be presented at Designmonat Graz, which takes place this year in Graz, Germany, between 5 May and 3 June. 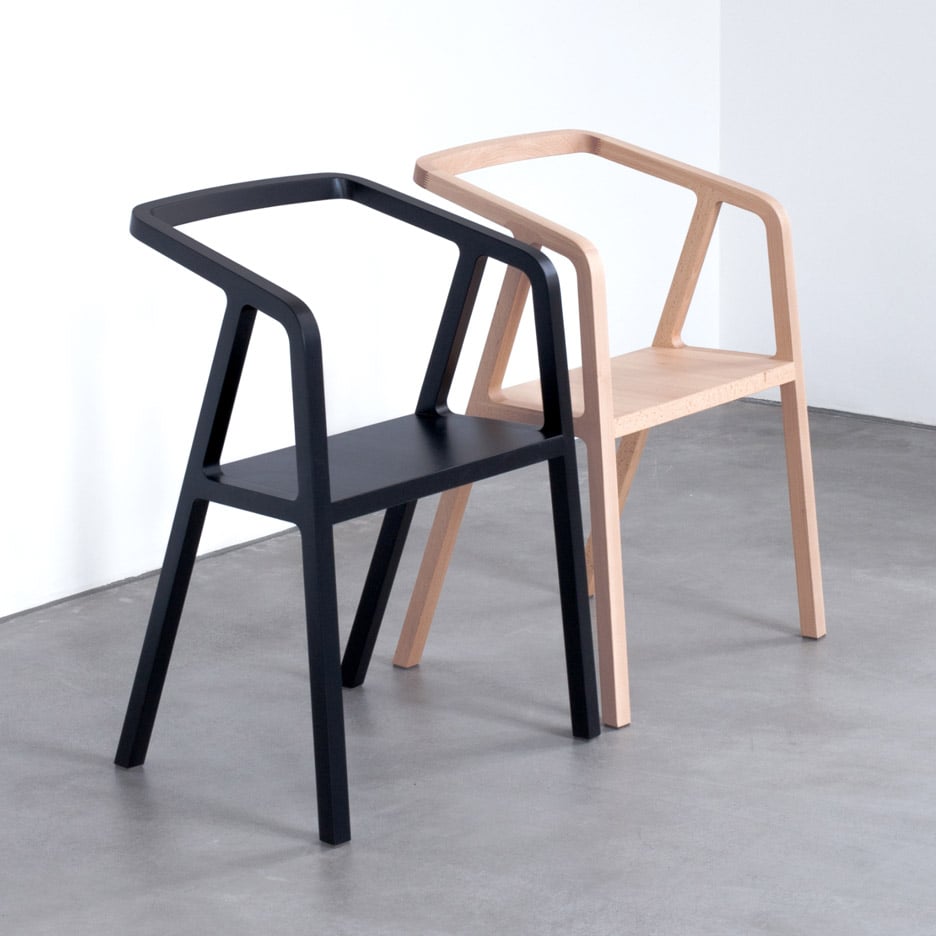 Feichtner is an industrial designer based in Vienna. Previous furniture projects include an A-frame chair made using traditional carpentry techniques and a chair crafted from carbon fibre sheets.