Architect Elizabeth Diller has praised her inclusion on this year's Time 100 list as a positive step towards gender parity in architecture, but voiced concern that too many female architecture students are not making it into the workplace.

The co-founder of New York studio Diller Scofidio + Renfro (DS+R) was recently named as the only architect on Time magazine's annual list of the world's most influential people, inferring that she is the most important architect globally in 2018.

She attributes her inclusion to recent pushes to improve gender equality and women's recognition, through events and movements like International Women's Day, global marches and #MeToo.

"Architecture has been male-dominated forever and I am a grateful beneficiary of the women's movement," Diller told Dezeen. "It's a sign of a dramatic change in the profile of what an architect looks like."

Diller's Time 100 2018 ranking follows a series of victories and celebrations for women in architecture this year. 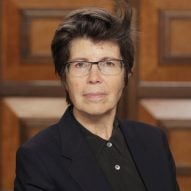 DS+R is behind projects including The Broad art museum in Los Angeles, the High Line park in New York, and the current expansion of the city's Museum of Modern Art (MoMA).

The firm is co-headed by Diller, along with Ricardo Scofidio, Charles Renfro and Benjamin Gilmartin (main image). It ranked at 156 on the 2017 Dezeen Hot List of architecture and design's biggest names.

"No longer are we seeing the singular heroic voice – that genius person that gets a lightening bolt from God," said Diller. "Instead we're seeing collaborations of different sorts, like the collective of my own partners at DS+R."

However, she was the only one from the group of partners to make this year's Time 100 list.

Despite being DS+R's only female partner, Diller said: "As a practitioner, I must say I haven't been subjected to negative discrimination".

However, she warned that still not enough women who study architecture end up in the profession after they graduate.

"I'm also struck by what I see as an educator and professor at Princeton," said Diller. "Fifty percent of my students are female and somehow only 20 per cent make it to the workplace. This is something that is difficult to decode. How does this happen? Where is the attrition?"

Time 100 is compiled annually by the magazine as a list of who it considers to be the world's most influential. In a published letter , editor Edward Felsenthal also acknowledged a general shift in thinking around diversity.

"While we remain much too far from gender parity in global leadership, there are more women than ever on this year's Time 100 – proof that there are ways of changing the world beyond traditional power structures," said Felsenthal. 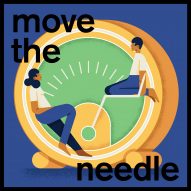 Architects are not included on the list every year, but several male "starchitects" have featured over the past decade. British architect David Adjaye listed in 2017, Danish architect Bjarke Ingels featured in 2016 and OMA founder Rem Koolhaas in 2008.

Diller previously made the list in 2009, alongside partner Scofidio, while late British architect Zaha Hadid was included in 2010.

Earlier this year, Dezeen launched the Move the Needle initiative to help encourage diversity in the architecture and design industry. In response, Africa's largest architecture practice Boogertman + Partners has promised to tackle its gender pay gap.