The internet offers a world of opportunities for architects, says Amanda Baillieu, but they have to learn to embrace it.

I've spent a lot of time over the years negotiating architects' websites and, like people who work themselves up into righteous indignation when they spot a typo, I feel a jolt of outrage when I see pages where tiny text is on a light grey background and basic details like a phone number are buried somewhere in the footer.

While the bad days of surprise pop-up menus and Flash animation are more or less over, and practices have started to invest heavily in their online presence, the way architects think and do business hasn't changed – and perhaps it never will.

This is not a surprise. Architects are slow to move and unwilling to change, and some still see a website as a form of vanity publishing with infinite space.

Does this matter? While an architect's website is their shop window, like any business, they don't have to sell directly from it. And maintaining a web presence takes time and commitment that doesn't easily translate into commissions.

Architects are slow to move and unwilling to change

Australian architect Sean Godsell, of the designers of one of the Holy See Pavilion at the Venice Architecture Biennale, proudly told me he refused to use any social networks. Meanwhile his website is just a list of his completed buildings, exhibitions, awards and contact details. "If people want to get hold of me they can email," he said.

Like other architects with an impressive back catalogue and who are heavily published, his view is that, if you need to look on the internet, you're really not worthy to commission him anyway. This is perhaps the reason why Herzog and de Meuron didn't have a website until 2011 and Peter Zumthor still doesn't.

Yet among younger architects, social-media platforms and networks are their lifeblood, because it's how they connect with others and it's what clients increasingly expect.

But is this new way of interacting with clients and the interested public really what architects want? I'm still not sure but I launched the Archiboo Web Awards partly as a way of finding out.

After two years of running the awards I can report there are plenty of glimmers of hope.

While architects were initially suspicious of the way the internet allows images to be shared easily, quickly and for free, architecture has become a hugely popular topic of conservation on social networks. And architects have become avid users of Instagram, no one more so than Norman Foster, whose account "officialnormanfoster", which he runs himself, has over 200,000 followers.

While practices themselves still struggle to balance corporate language with creativity, architectural debate is alive and well on Twitter. It doesn't always fare well, as architectural criticism is still seen as specialists' turf. But as the number of paid critics dwindles, it is Twitter and other social networks where the real debate is taking place. 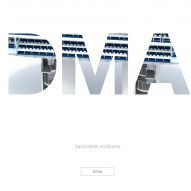 Of course, there will always be clients who enjoy the rather lengthy courtship that has to be played out in order to persuade Rem Koolhaas or Renzo Piano to design your new office or opera house, but it is hard to imagine this will last. With one just one swipe of our phone, you can see the work of any architect in the world and what people are saying about it, making it difficult for bad architecture to hide.

David Miller, whose practice David Miller Architects was the overall winner of the Archiboo Web Awards in 2017 said: "We believe that openness and transparency are increasingly important attributes of practice… and by giving the visitor more freedom, we'll continue to move away from the over-controlled image to a more transparent representation."

His is just one of many practices that understand architecture can't simply rely on static imagery to lure people in – there has to be a more conscious effort to explain what an architect does, whether that's 3D augmented-reality capture on completed buildings, or finding ways for visitors to look "inside" buildings to see how they perform.

Technology has fundamentally changed the way buildings are designed and constructed. It has provided solutions to problems that have faced some of the world's most ambitious buildings from the Sydney Opera House to the Gherkin. The question now is whether technology in the form of the internet can solve another problem facing architects – can it keep the industry relevant, open and engaged?

Amanda Baillieu is the former editor of UK architecture titles Building Design and RIBA Journal. She is founder of architecture platform Archiboo, which organises talks and networking events, as well as the annual Archiboo Web Awards. This year's awards are now open for entry.
Read more: