Clients are now asking for projects to have strong Instagram appeal, according to architect Farshid Moussavi.

"Creating Instagram moments has now become part of architectural briefs," the London-based architect said, adding that her studio, Farshid Moussavi Architects, has been asked to create shareable features in buildings.

The London-based architect made the comment on Instagram, where she posted a snap of a feature about hotels in an in-flight magazine.

"If you don't believe it, look at these hotels advertising themselves not for their comfortable beds but for their Instagram spots," she wrote.

As well as listing key features at each hotel, and sightseeing opportunities nearby, the feature highlighted elements that were regularly shared by guests on social media.

According to the feature, published in British Airways' High Life magazine, the Instagrammable highlight of the Gran Hotel Miramar in Málaga, Spain is "The orange starfish above the bed in the Deluxe Sea Room", while at the Villamarie Saint-Barth in St Barts it is "The resident parrots, Jaho and Mahé".

Moussavi confirmed to Dezeen that her clients had requested instagrammable moments.

Creating Instagram moments has now become part of architectural briefs. If you don’t believe it, look at these hotels advertising themselves not for their comfortable beds but for their Instagram spots. #architecture #instagram #instagrammoments #hotels

The image-sharing platform has become increasingly influential among the architecture and design community.

Graphic designer Stefan Sagmeister uses his account to offer free critiques of other designers' work while titles such as Dezeen use Instagram hashtags to help visitors navigate key events such as Milan Design Week and the Venice Architecture Biennale. 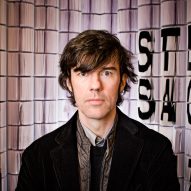 In a panel discussion hosted by Dezeen in Milan this year, the platform's head of design Ian Spalter explained how designers will soon be able to sell their work directly to followers.

Meanwhile minimalist architect John Pawson told Dezeen he only discovered his love for colour after his book publisher pointed out his rainbow-hued Instagram feed.

Dezeen now has over 1.5 million Instagram followers. The platform was listed at number 66 in the Dezeen Hot List 2017 of the most newsworthy forces in design.

Projects by Moussavi include a Victoria Beckham store in London and the Museum of Contemporary Art Cleveland.