Studio David Thulstrup has designed a highly crafted chair and tables for the revamped Noma restaurant in Copenhagen.

The two-Michelin-star Noma – named best restaurant in the world by Restaurant Magazine in 2010, 2011, 2012 and 2014 – reopened earlier this year, after moving to a new location in the city's Christianshavn neighbourhood.

When Noma head chef and founder René Redzepi commissioned Studio David Thulstrup to design the restaurant's interior at its new location, he also asked that the studio create a series of bespoke furniture pieces to complement the space.

Working with local manufacturers Brdr Krüger, the studio created the ARV chair and table. Meaning heritage in Danish, the ARV collection is a contemporary design that references traditional Danish craftsmanship through its complex design details.

The chair, which has high armrests, has a hand-woven cord seat. The backrest is sculpted to form a fluid curve designed to support natural human movement and provide optimal seating comfort.

Meanwhile the back leg of the chair has a gentle curve that smoothly connects to the backrest and armrest with delicate and precise joinery.

The frame of the chair is made from oak, and the seat and backrest are woven using classic Danish paper cord – a detail which was important to René Redzepi as it "further emphasises the craftsmanship behind the design".

Redzepi wanted to make the chairs as comfortable as possible, stating that his wish was for guests to be able to "sit in an armchair without having the impression of sitting on a throne."

As a result, the angle of the ARV chair sits somewhere between a dining and desk chair with an armrest that was designed to bring an "understated formality".

"We were delighted to work with a native design brand on this special project for Noma," said David Thulstrup, founder of Studio David Thulstrup. "Despite the short timeframe and complex design, Brdr Krüger put all their strengths and efforts into making the ARV pieces and our vision for the designs possible." 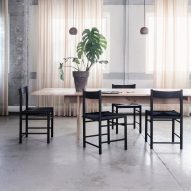 "The furniture collection that Brdr Krüger has brought to life is a testament to their immense passion for craftsmanship and more than 130-years' experience as leading Danish makers," continued Thulstrup.

"The ARV collection reflects this legacy in Danish design whilst remaining true to the quality and progressive values of Noma."

The ARV table, which comes in both a round and square version, follows the design cues of the ARV chair, with the chair's armrest designed to slide perfectly under the table top.

"The ARV collection has a subtle complexity; it draws on our solidity of Danish design heritage but strives forward with a lean contemporary spirit," said Jonas Krüger, creative director of Brdr Krüger. 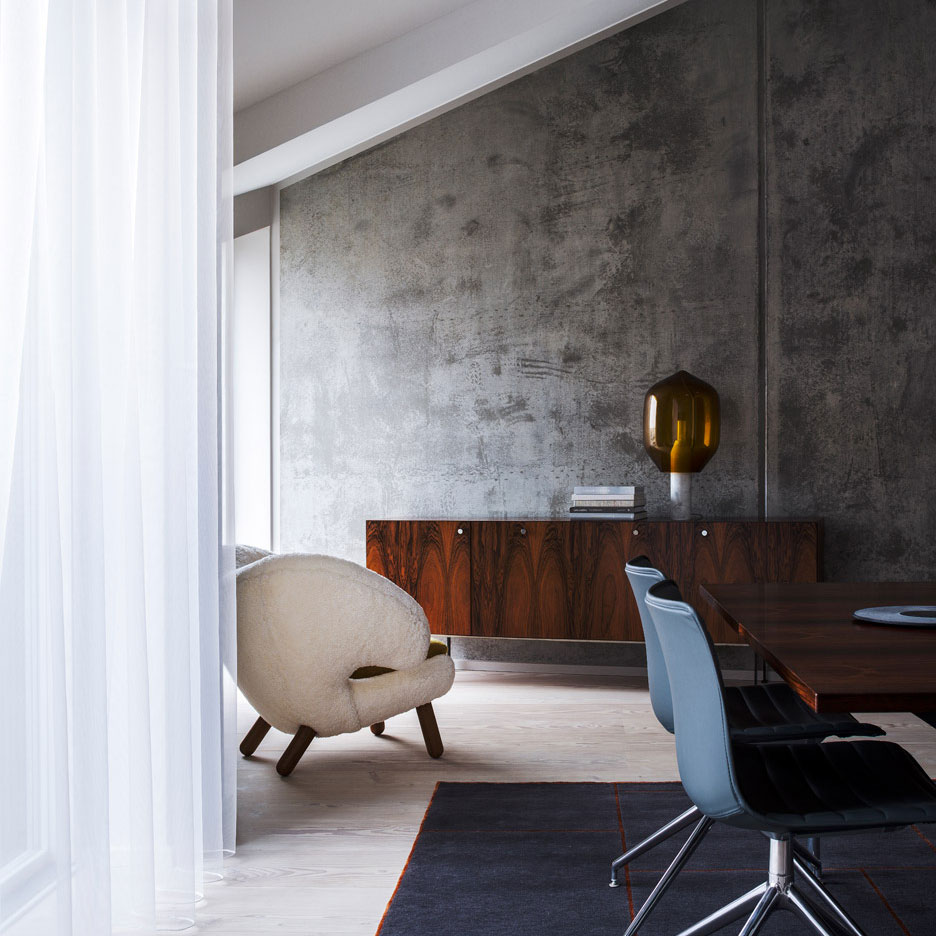 "This project with David Thulstrup is a good example of creative synergy and added value across disciplines. I believe we made each other better throughout the process," he continued.

"We can as a self-producing design brand, connect the dots between the values of Noma, the vision of the architect and present solutions that create a synergy between these two elements."

The Avr collection follows on from the Danish furniture brand's partnership with designer Rasmus Bækkel Fex last year. Together they created a Shaker-influenced chair with a woven seat.