Cape Town-based digital artist Alexis Christodoulou has generated a cult following on Instagram with his images of imaginary spaces in pale blues, pinks and yellows.

Christodoulou began creating his architecture-inspired images five years ago, after teaching himself to create digital visualisations from YouTube tutorials while working as a copywriter in an advertising agency.

The renders he develops often feature tiled and terrazzo surfaces, bringing together indoor and outdoor spaces with water pools, arches, curved furniture and globe-like objects or circular openings. Some are animated, featuring morphing objects like vases that changes shape.

His current series, called Imagined Architectural Spaces, began in January 2017. It has helped him accumulate over 30,000 followers on Instagram, where he posts as @teaaalexis.

"I make the spaces because I think I like the idea of going there and escaping for a while," said Christodoulou. "They're just extensions of my day dreams."

"I put them on social media as a way of completing them and sending them out into the world so I can start on another one," he told Dezeen.

"I never thought I would get so many followers and so much attention," he continued. "It's really quite surreal. I'm sitting in Italy right now because of my 3D art and I still have to pinch myself every day to check if it's all real."

Although recent trends in architectural rendering have championed extremely realistic imagery, Christodoulou wanted to achieve a different effect with his work. The architectural elements are selected to create different effects with light, while the objects and diffused colour palette reflect his personal taste in design.

"Some architectural renders nowadays look hyper real to the point where they're almost unrecognisable as 3D renders," the artist told Dezeen. 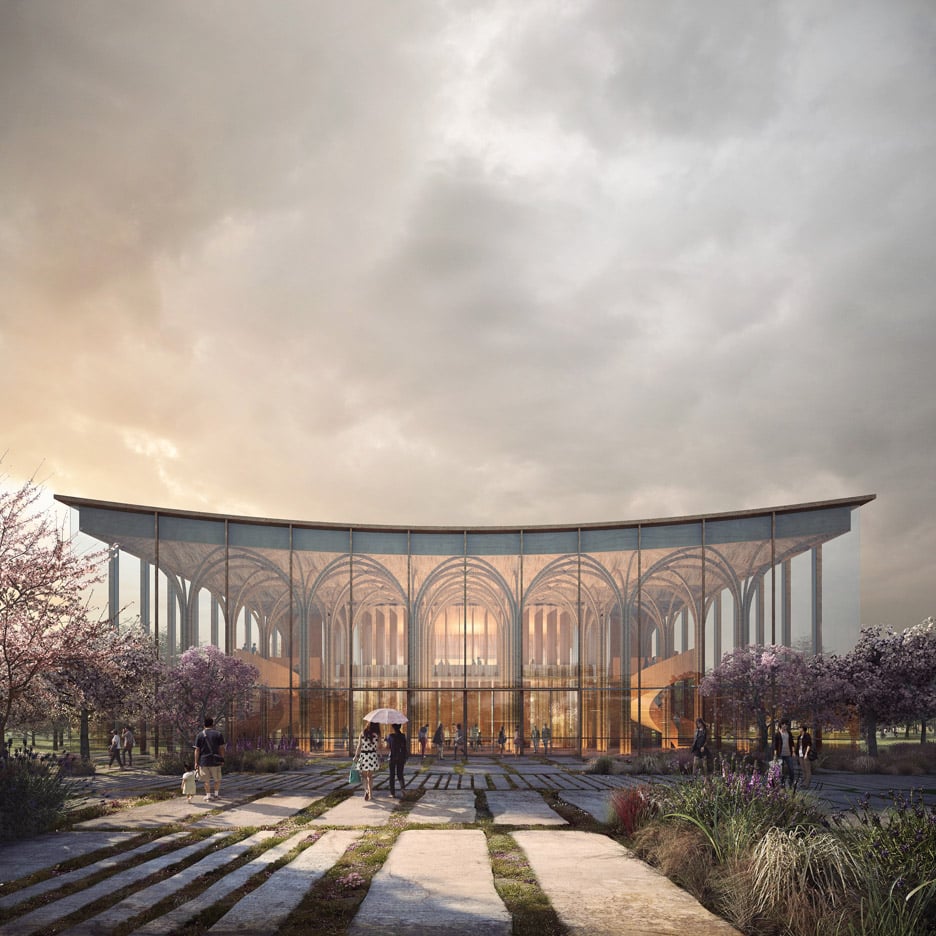 "I like my images to have a certain fake quality about them to let the viewer know that they don't have to be too serious with their imagination when looking at the images."

In a recent interview with Dezeen, British set design Es Devlin said that there was often a big discrepancy between renders of buildings that suggested photo-realistic finished products and the reality of them once they were built, describing the relationship between image and reality as "problematic".

But some visualisation experts, like Forbes Massie, say that they aim for a more painterly approach to "evoke atmosphere".

Christodolou describes 3D rendering as a form of art. His unexpected success with his architectural renders has meant that he is increasingly able to focus on his art full-time, although he is also a winemaker.

"[The images are] a bit of a sketchbook for me so I'm not too concerned about where it goes as long as it keeps developing," he said.

"I'm busy with other collaborations on the side and projects that I think are busy pushing me to relook the artform of 3D. Maybe make some actual objects come to life from my renders."