ÉCAL graduate Sebastian Maluska has created a simple rooftop tent that can be fitted to the roof of any car.

Maluska, who studied product design at Ecole cantonale d'art de Lausanne (ÉCAL) in Renens, Switzerland, created his tent for adventurous young people who want to travel on a budget, or go to remote areas.

"I spend a lot of time outside doing sport like skiing and surfing," said Maluska. "It is always nice to be the first on the mountain or the first in the water. Therefore I have to sleep right at the spot."

The rooftop tent design was inspired by the materials used in sail boats. It is created from two light-weight aluminium frames covered with waterproof sailing fabric.

When it is open the Nest tent provides sleeping space for two people.

A ladder is stored in a fabric pocket under the sleeping surface of the tent and can be pulled out and hooked on either side of the structure. The tent itself can be accessed through zip-openings on both sides.

When closed, the tent forms an aerodynamics shape and can be used as a rooftop storage space.

"Of course there are already existing tents to put on cars," said Maluska. 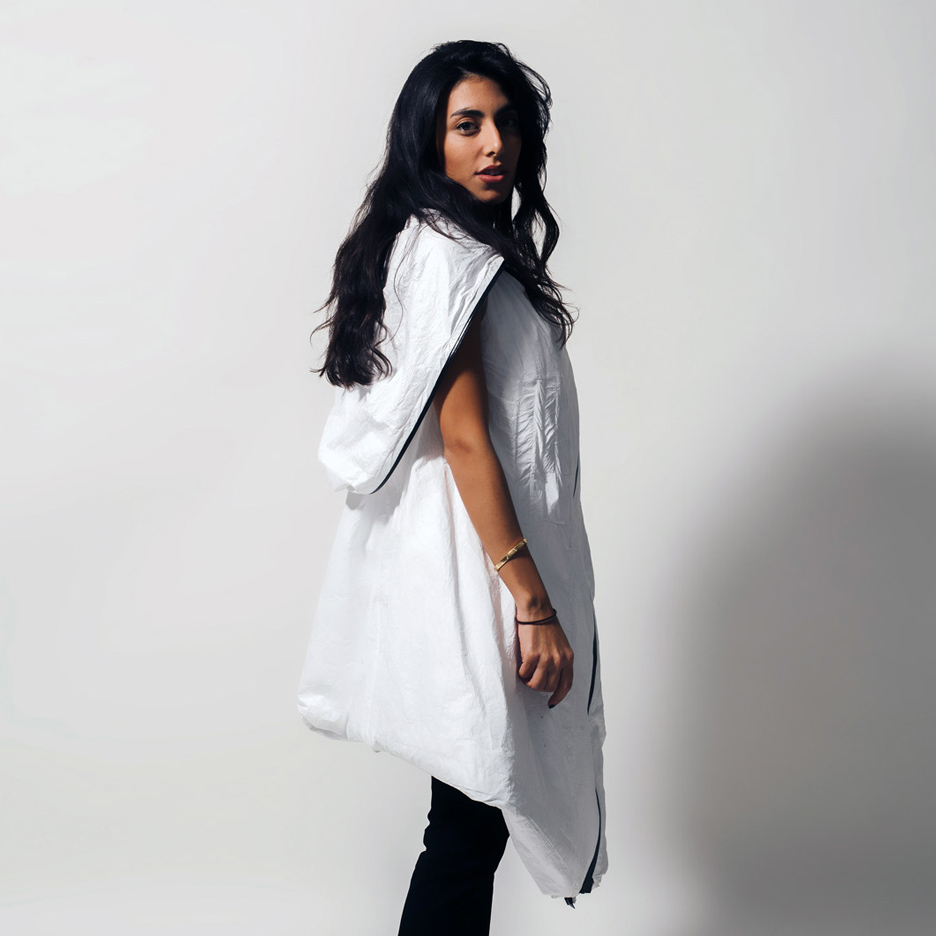 "But they are constructed in very ornate ways, which makes them heavy, very expensive and – because of their bulky construction – very fuel consuming."

Maluska worked to produce a new tent that used as little material as possible, making it much more simple and affordable.

For inspiration he looked to the sailing world. During the Volvo Ocean Race, he saw images of sailors sleeping inside a boat with surfaces made up almost entirely of fabric. He decided to base his design on the technology used by these boats.

The fabric itself acts as a structural element, while its combination with rope makes it a comfortable surface to sleep on.

Maluska tested his 1:1 prototype on a two-night trip into the mountains. His trip tested the comfort of the sleeping surface and the aerodynamics of the tent on the roof, as well as the opening mechanism and the proportions of the structure. He confirmed it all to be satisfying.

"The sleeping surface was really comfortable and because the tent is detached from the floor, there was no moisture in it. I slept with the side windows open so I could see the stars."

German designer Nils Holger Moormann recently transformed a Volkswagen T6 bus into a mobile home, while a Colorado startup has released a modern take on a classic American RV.