Tech entrepreneur Lapo Ceccherelli has developed a six-millimetre-wide tracking device that can help you find a lost smartphone or set of keys.

When the Filo Tag is attached to valuables, users can press a button on the accompanying smartphone app and the tracker will ring if it is less than 80 metres away – within the Bluetooth range.

The tracker has three other functions. If you lose your phone, you can press a button on the front of the tracker twice, and the phone will ring, even if it's on silent.

You can also check the last known position of the tracker, if the item it's attached to is out of Bluetooth range.

Forgetful users can set the app to notify them when they start to move out of range, so they don't leave the house without important items.

The tracking device works using Bluetooth Low Energy – a technology that offers a similar range to regular Bluetooth, but using significantly less power. This allows the battery to last up to a year.

Initially Filo employed a Parisian agency to work on the design, but the company soon realised they wanted to collaborate rather than watch from the sidelines.

"We weren't looking for someone to think for us, we needed someone to work together with us, integrating their knowledge and skills with ours," said Ceccherelli. 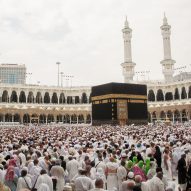 Lead designer Emanuele Pizzolorusso said: "I tried to keep the design as clean and bold as possible. It's a relatively simple object and so the details are even more important."

Filo Tag was designed and built in Italy, which allowed the makers better control over quality. Unlike most other trackers, you can replace the batteries when they die.

The makers were clear from the start that they didn't want to make a disposable device.

As IoT technology evolves, the ability to track objects at greater distances, and with better precision will increase.

Ceccherelli believes that trackers will get smaller still, with longer battery life. The team are exploring technologies that may overtake Bluetooth and other current tracking technologies.

Alongside tech developments, they hope that usage of the tracker may also evolve.

The tracker is intended for keeping an eye on laptops, wallets, keys and the like. However, the makers insist that it could also be used to stop pets straying far from home.