The UK government has announced that it will "take forward all of the recommendations" of the Hackitt review into building fire safety, which was carried out following the Grenfell Tower fire in 2017.

The report, titled Building a Safer Future, outlines how the government will implement the recommendations of Judith Hackitt's review of building regulations and fire safety, which was published in May 2018.

Published by the Ministry of Housing, Communities & Local Government, Building a Safer Future lays out plans to create a "more effective regulatory and accountability framework" and "introduce clearer standards and guidance".

Change from passive to proactive system

The plans are a direct response to the four key factors highlighted in Hackitt's review as contributing to the fire: ignorance about regulation, inadequate enforcement of regulations, indifference to public safety issues and unclear responsibilities.

"We want a step change: from a passive system centred around compliance with building regulations to a proactive one where developers and building owners take responsibility for ensuring that residents are safe, with stronger assurance provided by a tougher regulatory framework," says the report. 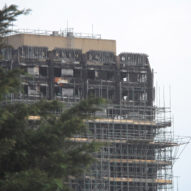 A Joint Regulators' Group, made up of developers, building owners and existing regulatory bodies, will be established to trial potential new regulations before legislation is introduced.

The government has also launched a full review of fire safety guidance within the building regulations beginning with a call for evidence.

Building a Safer Future was published following legislation published last month, which detailed a ban on combustible building materials for towers over 18 metres, including the type used to refurbish Grenfell Tower.

Although the RIBA welcomed the release of the report, Jane Duncan, chair of the RIBA's Expert Advisory Group on Fire Safety, said she was frustrated with the lack of progress since the fire.

"We are pleased to see that the government will require proper testing of fire safety products rather than relying on desktop studies, and that they are planning substantial and comprehensive reform to the regulatory and accountability framework," she continued.

"But the news is long overdue and, with the exception of combustible cladding, the building regulations remain the same as they did when the Grenfell Tower tragedy took place over 18 months ago."

"England is lagging behind Wales and Scotland"

Duncan urged the government to introduce additional regulations in England to align with safety rules being introduced in Wales and Scotland, and to improve fire safety in other "high risk" buildings. 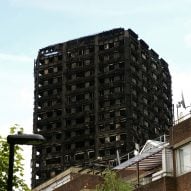 "England is now lagging behind Wales and Scotland, who have in place or are introducing regulations to require sprinklers and a second means of escape – two recommendations the RIBA has consistently called for to provide clarity for the industry and protection for the public," she said.

"The next large scale fire may not happen in a tower block – it's vital that the government do not neglect other high risk buildings like care homes, hospitals and schools."