Canadian design studio Lambert & Fils has launched a lamp collection in collaboration with Swiss designer Adrien Rovero, and opened a gallery in Montreal where the designs debuted.

Feu de Camp features a series of lighting elements that stand upright, hang from the ceiling, and stretch across the floor of Corridor – Lambert & Fils' recently unveiled gallery space.

Influenced by boy scouts, childhood imagination, and time spent in nature, the range of lamps explores shape, materials, and archetypes of the flashlight.

Forming a circle at the centre of the room, the installation aims to evoke the sensation of gathering around a campfire.

The lights were constructed from simple materials including elastics and basic forms such as tubes.

Blue, green and yellow graphics activate the wall behind the installation, and echo the tubular shapes found in Rovero's lighting.

Lambert & Fils opened Corridor with the goal of fostering dialogue and collaboration among architects, artists and designers.

Located next door to the studio's office and atelier on Hutchinson Street in Montreal, the compact exhibition space will also serve as a venue for the design studio's own creative experimentation. 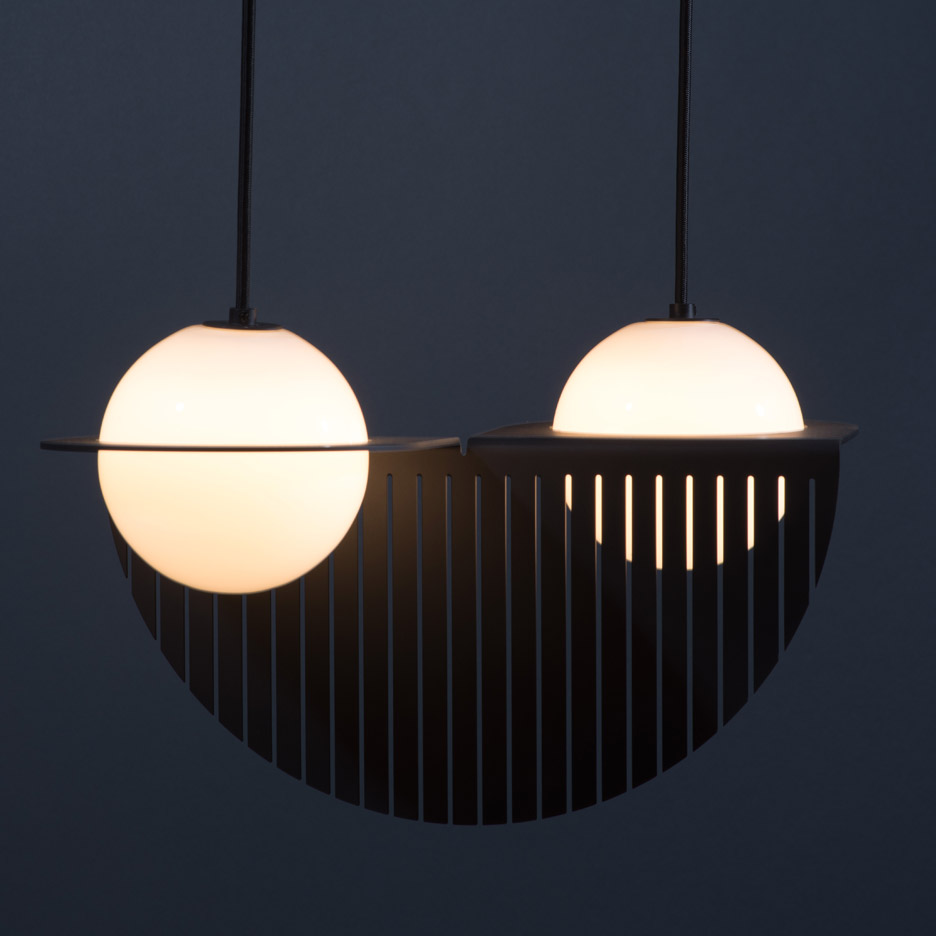 "Many of us at Lambert & Fils come from fine arts backgrounds," studio founder Samuel Lambert said in a project description. "Corridor gives our team space from lighting and product design. We get a chance to work alongside the guest artist's creative vision and flex our own creative muscles in new ways."

This was the second collaboration between the studio and Rovero. Last year, Lambert & Fils teamed up with the designer to create lighting for fashion brand Hermès' holiday window displays across Switzerland.

Since its founding, Lambert & Fils has put out a number of lighting collections, including Laurent, which features a modern reinterpretation of classical pendant lamps. The brand's products were also used to outfit Hotel Monville, which opened in Montreal last year.