Architects can limit the environmental impact building has on our changing climate using their power as specifiers, they just need to take responsibility and do it, says Christine Murray.

Architects are quick to bemoan their loss of status, sensing the growing lack of respect for the profession. The unveiling of £250m trinkets, such as Thomas Heatherwick's stairs-to-nowhere The Vessel, do little to subvert the public perception of architects as court jesters to the rich, complicit in the crises of our time.

Most architects are blase when it comes to climate change. I've often been told, "designing a building to last one-hundred years is the most sustainable thing you can do". Not only is this untrue, it's dangerous nonsense.

At current rates of warming, most places will become uninhabitable due to floods, wildfires, drought and heatwaves – triggering mass migration. War and famine will follow as we move inland and scrabble over resources. This is not happening in the distant future. Read the news: from cyclone Idai to the Central American caravans, Southern Californian fires to the war in Syria, the process has already begun.

It will unpredictably, radically, grow worse. One quarter of Boston will be underwater at some point in the next 25 years. By 2100, southern Europe will be in permanent drought and the areas burned by wildfires in the US "could quadruple", David Wallace-Wells writes in The Uninhabitable Earth. By then, 1.5 million homes in the UK will face coastal flooding and 100,000 homes will fall into the sea. We've been given 12 years by the UN to dramatically lower carbon emissions to reduce the chances of the earth's sixth extinction. Instead, CO2 is rising.

What is the point of firmness, commodity and delight in the face of crop failure, nothing to drink, or breathe? Forty per cent of insect species are in decline; if we lose them all, we have no pollination – nothing to eat – and the entire ecosystem collapses due to starvation. What matters is now, not whether your stone facade is still standing at the fall of mankind.

The frustrating thing is that architects do have power, even if they fail to wield it, in the unsexy realm of specification

I've written about my frustration with the lack of discourse on climate change at major events such as the MIPIM property fair. Investors are slowly waking up, according to a recent report by the Urban Land Institute, but architects are still daydreaming, despite the recent rousing of industry titles such as The Architects' Journal.

Few starchitects have responded to the crisis. Foster's contribution, which includes the Bloomberg HQ in London and Masdar City in Abu Dhabi, are full of contradiction, belying a love of technological gadgets encased in new-build tonnages of glass, steel and stone. Projects such as BIG's New York U flood defences are temporary mitigations, not solutions. 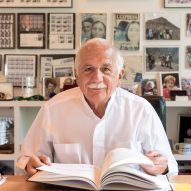 The frustrating thing is that architects do have power, even if they fail to wield it, in the unsexy realm of specification. And this matters more than you might think.

Over the lifetime of a building, 55 per cent of carbon emissions are from products and materials – not including shipping, which adds another 10 per cent, according to the UK Green Building Council.

Given construction itself is responsible for half of all global carbon emissions – yes, half – that's a whopping contribution to climate change. Cement alone emits eight per cent of global carbon, while steel contributes nine per cent.

Architects are lazy and unprofessional when it comes to material selection

There's a reason why product manufacturers spend millions every year on fancy showrooms, sponsoring architectural awards, free CPD lunches and stands at trade exhibitions: architects hold massive sway over the use of products. Even where the client has the final say, architects present the shortlist of three-to-five types of stone, or toilet…

Yet architects are lazy and unprofessional when it comes to material selection. A major survey by the AIA reveals seven out of 10 architects specify products based solely on their personal relationship with the supplier, and rarely do any research at all. "It's an extremely relationship-driven market," said Nik Werk, manager of the research. In short, it's who you know, not what.

In addition, the study found that 57 per cent of architects copy-and-paste their spec from a previous project, with 16 per cent reusing it wholesale. The result is an industry stuck on repeat and plagued by corruption and nepotism.

Interestingly, the AIA study points out that multidisciplinary firms with significantly more women are more likely to take environmental factors into consideration when specifying, suggesting that if you are forward-thinking in one respect, you are in other ways, too.

The impact of specifying green is huge: 20 per cent of a building's carbon emissions can be prevented by changing to less wasteful, more recycled materials

The impact of specifying green is huge: 20 per cent of a building's carbon emissions can be prevented by changing to less wasteful, more recycled materials, according to UK waste charity, WRAP. A further 15 per cent can be saved by designing lean in terms of structure, and efficiently for less wastage of materials, such as reducing off-cuts.

Further carbon reduction can be found in reducing transport and the use of construction vehicles and generators – responsible for 14.5 per cent of the most dangerous fine particles in the air around us – by using methods such as prefabrication and offsite construction. 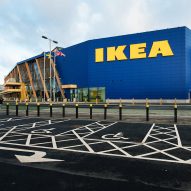 Children are already dying from polluted air. There's been a 25 per cent rise in asthma deaths over the past decade, including the death of a nine-year old girl in Lewisham, London, linked to the air quality outside her home.

Meanwhile, green products suffer because architects don't demand or specify them. A small percentage of concrete sales are from lower-carbon brands. The miraculous Novacem, a concrete that absorbs CO2 as it dries, sold its intellectual property to a rival and folded in 2012. It's never returned to market.

Take responsibility, own that you are part of the problem, and do something about it.

Just 10 per cent of projects use permeable paving, even though the alternative contributes to both flooding and drought. Paving over dirt increases run-off to sewers, which stops rainwater from replenishing the water table. This means even rainy England can be flooded one month and ban watering lawns the next.

It's time for architects to choose ethics over aesthetics. Take responsibility, own that you are part of the problem, and do something about it.

Developers are not interested in every last detail of your specification, as long as it contributes efficiently to the bottom line. As any product company will tell you, architects hold sway. Do your research, ask tough questions about ‘green' products on offer, and seek out alternatives. It worked for vegans, with major supermarkets and restaurants now investing in choice.

Our civilisation faces its end date. Cities are expanding refugee camps for a species in crisis. Every particle matters. What can you do differently today?