Samsung has pushed back the launch of its highly anticipated folding smartphone after multiple reviewers reported the screens broke within days.

The Galaxy Fold was set to hit the market in the US this Friday, but Samsung said in a statement that it would now carry out further tests and make improvements before announcing a new release date "in the coming weeks".

The news comes after several journalists reported issues with the devices they'd been given to review.

On April 17, Bloomberg reporter Mark Gurman tweeted that his device was "unusable just two days in", with photos showing the screen had gone mostly black.

The screen on my Galaxy Fold review unit is completely broken and unusable just two days in. Hard to know if this is widespread or not. pic.twitter.com/G0OHj3DQHw

Among the other complaints was a story on The Verge headlined My Samsung Galaxy Fold screen broke after just a day.

At least some of the complaints have come from users who had peeled off a thin layer of polymer from the screen that Samsung said was not intended to be removed, but issues with the Galaxy Fold seem to run deeper.

The company's statement identified the hinge mechanism and "substances found inside the device" as potential problem areas.

"We recently unveiled a completely new mobile category: a smartphone using multiple new technologies and materials to create a display that is flexible enough to fold," said Samsung. "While many reviewers shared with us the vast potential they see, some also showed us how the device needs further improvements that could ensure the best possible user experience."

"To fully evaluate this feedback and run further internal tests, we have decided to delay the release of the Galaxy Fold," the statement continued. "Initial findings from the inspection of reported issues on the display showed that they could be associated with impact on the top and bottom exposed areas of the hinge. There was also an instance where substances found inside the device affected the display performance."

The South Korean company went on to say that it would now take measures to strengthen the display protection. It also plans to add more guidance on care and use, so that customers wouldn't remove the screen's protective upper layer of polymer. 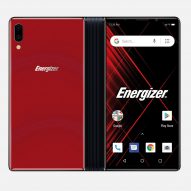 Samsung's Galaxy Fold was unveiled in February following years of speculation about the possibility of folding phones, but this incident has raised questions about whether the technology was rushed to market before it was ready.

There was competition to be the first to launch the innovative feature, with Huawei, Energizer, Xiaomi, Motorola and LG among the other electronics companies known to have similar products in the pipeline. There are no signs that Apple has such a device in active development.

Samsung's problems come less than three years after its exploding phone saga, which saw the company recall the Galaxy Note 7 after battery defects caused phones to catch on fire.