"We invented a way to capture excess carbon from the air and turn it into ultra-refined, covetable products," Air Co said.

The co-founders of Air Co vodka, electrochemists Stafford Sheehan and Greg Constantine, teamed up with a partner to source its carbon dioxide from beverage manufacturing plants and ethanol factories in the northeast of the USA, which produce waste gases and emit CO2.

The collaborator captures the gas, liquefies it at facilities powered by hydroelectric plants and then trucks it to Air Co's facility in Brooklyn's Bushwick neighbourhood.

The distilled alcoholic beverage is then made with a process that uses electrical energy to convert carbon dioxide into ethanol, a form of alcohol. Called electrochemical conversion, the process has been around for decades but Air Co claims this is the first time it has been used for large-scale production of vodka.

The brand calculated that the beverage remains carbon negative because the production never makes as much carbon dioxide as the amount originally collected.

For example, the amount produced while distilling the carbon dioxide from the atmosphere, containing it and then transporting it to Air Co's Brooklyn base equates to 10 per cent of the amount that was captured for the product, according to the brand.

"The capture, purification, compression and transportation emit around 0.1 kg of CO2 per 1 kg of CO2 that comes through our door, so our CO2 is 90 per cent carbon negative when it arrives before we do anything to it," the company said. 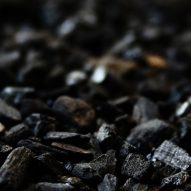 Solar electricity is used for distillation and powers the electric-steam boiler to make the vodka. It adds carbon emissions into the process but still keeps the process in a carbon-negative position.

"The carbon impact of the solar electricity we source to make the hydrogen adds roughly 0.1 kg of CO2 per kg that we convert," the company said. "The conversion process consumes about half the electricity of the hydrogen, we're still 0.75 kg carbon negative after conversion."

"The boiler only adds another 0.08 kg of carbon emissions from the intensity of the solar electricity, bringing us to 0.67," it added.

Other environmental benefits of the vodka is that in contrast to traditional vodka made from fermented grains and potatoes it can be produced without the need for acres of land and irrigation, or large factories.

"We are one machine that can fit in any given bedroom that does the same role, only faster and more efficient, with no impact to our environment," said Air Co.

Air Co also fills the bottles by hand, which incurs no carbon cost. The vodka is also only available for purchase from the Bushwick factory to stall carbon emissions.

Air Co sources glass bottles are sourced from Illinois, although this process is not detailed in its carbon calculations, and the labels are made in New York. The carbon footprint of the stickers was calculated and is offset by the manufacturer by planting trees.

New York designer Joe Doucet and local branding agency Mythology, formerly Partners & Spade, worked with Air Co to create recyclable and reusable packaging, including a custom-made glue that allows Air Co's label to be removed without residue so the bottle can be reused, as outlined on the sticker.

The biodegradable adhesive is designed to withstand water and freezing conditions.

Air Co's logo was designed by Mythology and comprises thin, capital letters in a silver colour.

Another New York company to develop a century-old technique for large-scale production is Buffy, which has used ultrasonic dyeing to colour bed sheets with natural dyes. Buffy's comforter also uses substantially less water to produce than traditional alternatives, such as cotton and down.

US designer Charlotte McCurdy has also designed a raincoat that claims to be carbon-negative, made of bioplastic derived from algae that capture CO2 from the atmosphere.

Scientists at Australia's RMIT University have found a way to turn carbon dioxide back into coal as well.