Research commissioned by the Creative Industries Federation has revealed that more that 400,000 jobs are set to be lost in the UK's creative sector in 2020 due to the Covid-19 pandemic.

The research conducted by Oxford Economics, on behalf of the Creative Industries Federation (CIF), forecasted a decline in revenue of £74 billion for the UK's creative industries in 2020 – this amounts to £1.4 billion per week.

One in five to lose jobs in UK creative sector

The report, which was released yesterday, forecasts that 406,000 jobs will be lost, with the creative industries impacted twice as hard as the wider economy.

"Many creative sub sectors are expected to lose more than half their revenue and over half of their workforce," reads the report.

"Despite the Job Retention Scheme, the report projects that 119,000 permanent creative workers will be made redundant by the end of the year."

This impact on employment is estimated to be doubly detrimental for creative freelancers, with 287,000 freelance roles expected to be terminated by the end of 2020.

The report's findings show a stark contrast to the UK's creative sector pre-Covid, which was growing at five times the rate of the wider economy, employing over two million people and contributing £111.7 billion to the economy.

In response to the report the CIF wrote an open letter to the government calling for urgent funding for the creative sector, which was signed by over 500 figures from the industry.

"With the economic impact of Covid-19 hitting hard, the role of our creative industries has never been more critical," said Caroline Norbury, CEO of CIF.

"Our creative industries have been one of the UK's biggest success stories but what today's report makes clear is that, without additional government support, we are heading for a cultural catastrophe." Revenue for all creative sectors in 2020 is expected to be hugely impacted by the pandemic. The design and fashion design industries are expected to lose £2 billion in revenue – nearly 60 per cent, and 30 per cent of jobs – around 51,000.

Museums and galleries, on the other hand, could lose £743 million in revenue – a loss of nine per cent – and five per cent of jobs, with the impact being mitigated by being able to reopen in July under social distancing constraints.

The report, titled The Projected Economic Impact of Covid-19 on the UK Creative Industries, draws on responses to the CIF's survey of over 2,000 creative organisations and freelancers on the estimated impact of Covid-19.

These responses were complemented with Oxford Economics' industry forecast to make assumptions on the quarterly profile of these developments. 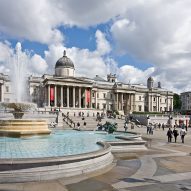 In the US, however, a survey by the American Society of Interior Designers (ASID) sees concerns over the impact of Covid-19 on businesses have "softened", as many professionals expect work to return to normal within six months.

Half of the respondents reported that the pandemic had made no impact on their work. This figure is an improvement on the ASID's survey from just one month ago, on the 12 May, which saw 40 per cent of participants claim that Covid-19 had made no impact.

Main image is by Polina Zimmerman from Pexels.