ACAN is campaigning to introduce embodied carbon regulation in the UK to reduce the emissions generated over a building's entire lifespan.

Climate change group Architects Climate Action Network (ACAN) is calling on UK policymakers to introduce tougher building standards that go beyond regulating the energy efficiency of buildings in use.

In its campaign, ACAN demands restrictions to reduce the emissions that result from the manufacturing, construction, maintenance and demolition of buildings – otherwise known as embodied carbon – which is currently unregulated in the UK.

At the campaign's virtual launch event on Wednesday, ACAN warned that embodied carbon can account for as much as 75 per cent of a building's carbon footprint over its lifespan.

Therefore, it believes, that if the construction industry is to truly play its part in tackling the climate and ecological crises, limits on these emissions must be put in place.

"We all work with the Building Regulations and planning policy on a daily basis to deliver buildings around the UK," explained Joe Giddings, ACAN's campaigns coordinator.

"We can see first hand that there is a huge blind spot in our current building standards framework – in the UK the carbon emissions caused by the construction, maintenance and demolition of new buildings and infrastructure are unregulated," he told Dezeen.

"This is astounding when you consider the size of its impact," he continued. "For context, more than half of the countries in the world have a smaller national carbon footprint than the footprint of the UK's construction sector alone."

Giddings added that the lack of legislation around embodied carbon is partly due to a misconception that reducing it is too complicated. However, the network argues that the industry has the tools it needs.

For example, several studios have developed free assessment methods that architects can use to analyse the impact of their designs, such as FCBS Carbon – a tool created by Feilden Clegg Bradley Studios that can be used to estimate and reduce the whole-life carbon emissions of a proposal.

H\B:ERT, a Revit-based tool created by Hawkins Brown, visualises the embodied carbon emissions of the different building components and construction materials in a design. 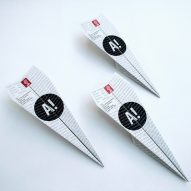 "There is a perception that it is too complex and that there is no standard assessment methodology," said Giddings. "This is not the case, the industry is ready."

"There is plenty of upskilling required within the industry, but we have all the pieces we need to get going," he added.

"What we now need is for the Government to announce when the regulation will be brought in so that our clients and contractors can start to adapt."

As part of its campaign, ACAN has developed a comprehensive report and two-page briefing note for politicians and policy-makers that outlines what embodied carbon regulation could look like.

Its main proposal is that limits on embodied carbon are put in place for all construction projects by 2025.

Other ideas include expanding building regulations in the UK with a "Part Z" that requires the industry to assess, report and reduce embodied carbon and introducing carbon limits on certain materials.

UK behind France and Finland

These proposals and recommended timeframe draw on existing policies in countries like Finland and France, where governments are introducing standards to minimise embodied carbon in construction.

"Firstly, the government in both countries agreed to a standard assessment methodology," he continued. "Secondly, [they are] establishing the databases that are needed to complete these assessments – a crucial piece of support."

He continued: "thirdly, both countries are introducing strict limits to embodied carbon emissions for all new buildings – France in 2024, Finland in 2025. It's this sort of timescale we need to work to."

ACAN's campaign is the latest in a string of initiatives launched to tackle the climate crisis in recent months after the United Nations warned that humanity risked causing catastrophic changes to the planet if it did not limit global warming to 1.5 degrees Celsius.

This includes the Royal Institute of British Architects' commitment to a five-year plan of action for climate change, which encourages sustainable practices to be made standard within the British architecture industry and invites architects to improve government policy by lobbying.

The goals of the campaign also echo comments of architect Michael Pawlyn, who has played a key role in promoting Architects Declare.

Pawlyn said that "we fooled ourselves that sustainability was getting us where we needed to go" and that creating architecture that "just mitigates negatives" is not going far enough. He believes the solution is regenerative architecture, where a building's positive output is always greater than its input.

Main image is by Jamie Street via Unsplash.