The curtain came down before it was even raised on the Downing Street media briefing room as we learned this week that the government had abandoned its plans for White House-style press briefings.

We got our first glimpse of the much-heralded briefing room last month in photos leaked, somewhat ironically given the room's official status, to ITV News. Underwhelming didn't do justice to the astonishing mediocrity on show: more low-budget trade show than projection of governmental power.

Predictably social media was merciless with jokes and parodies, but also genuine astonishment that all of this had cost a whopping £2.6 million.

Of course, it's not cheap doing anything in a Grade I-listed building. Most of the sophisticated lighting, sound and network capabilities necessary for such a room are hidden. And the leaked images certainly didn't do it any favours. In one, a Henry vacuum cleaner appears discarded, leaning up against the wall, its famous friendly face turned away in apparent disapproval of what lies before him.

Aside from simply how bad the room looked, what underlay so many of the negative responses was the crudeness of how the room's message was manifested in its design.

It's almost as if there was a brief saying the room had to express power, permanence, solidity and confidence, with the designers then deciding to scour the history of political staging before settling on something that's part East Germany, part Middle Eastern dictator, part Donald Trump.

So we have those big blocks of royal blue expressing power, the oak panelling conveying permanence, the heavy podium with its faux gilding solidity and no less than four Union Flags projecting superabundant national self-confidence.

We might leave it there and chalk it up as another Johnsonian folly to go along with the ArcelorMittal Orbit, the Emirates Air Line and the Garden Bridge. This time it might even have been sponsored by Vladimir Putin, as in an another surreal twist the fit-out apparently involved a Russian firm that works closely with the state broadcaster (although there is no suggestion of Russian government interference).

Yet closer analysis reveals the ultimate irony embodied in the both the room's origins and its design: while conceived as an expression of the government's confidence, the Downing Street briefing room reveals its deep insecurities.

Despite the copious Union Flags that would have accompanied Stratton on the dais, the image presented would have been a decidedly American one

The briefing room originated as the centrepiece of a new media strategy formulated by former Downing Street communications director, Lee Cain, who actually left his job back in December.

Taking a leaf out of the playbook of his old Vote Leave mucker Dominic Cummings (who has also since left his post advising Boris Johnson), the idea was to centralise No 10 briefings, which would be delivered by a single spokesperson. Former journalist, Allegra Stratton, got the job in the autumn, before moving on this week to become the spokesperson for the COP26 climate summit. 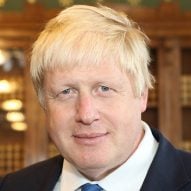 Despite the copious Union Flags that would have accompanied Stratton on the dais, the image presented would have been a decidedly American one.

In concept and practice, the briefing room is a very obvious homage to the White House's James S Brady Press Briefing Room, where the President-appointed press secretary fields questions from a pool of assembled journalists. This is not simply a case of Cain having watched too many episodes of The West Wing, but reflects a deeper and longer-running obsession for US politics among British politicians.

Tony Blair was famously enamoured with Bill Clinton's third way, before falling for George W Bush, while Thatcher longed for the presidential powers and trappings enjoyed by her friend and ideological ally, Ronald Reagan.

So in this light, the briefing room is no real surprise, but the logical conclusion of a decades-long process of successive prime minsters wanting to make themselves appear more presidential, and less dependent on the whims and confidence of parliament, as they are in practice.

But there's also something that's different now and particular to this government, which is signalled most clearly by all those Union Flags.

It wasn't very long ago that one rarely saw the Union Flag in everyday life. For several decades it was the preserve of skinheads and the far right. Then in the 1990s Britpop happened, fuelling Cool Britannia and the broader feeling of renewed national optimism, refracted through the lens of 1960s nostalgia.

If there was an image that summed up this vision of a modern, confident Britain it was of the Spice Girls performing at the 1997 Brit Awards and Geri Halliwell's iconic Union Jack dress. All of a sudden it was OK, even cool, to be patriotic again, though in an ironic, knowing way.

But politically, the Union Flag remained the preserve of the unashamedly fascist British National Party, and eschewed by the mainstream. David Cameron's "detoxification" of the Conservative party brand famously saw its logo reborn as an oak tree squiggled with a marker pen – pitching the party as fresh, modern and green. So it was clear something was afoot when in the 2010s, the tree silhouette was suddenly emblazoned with the Union Flag.

Fast forward to the present, no government minister is seen on TV without at least one Union Flag behind them, and maybe a photo of the Queen for good measure.

So important is the flag to the government's messaging that a few months back there were even rumours that an order had come down from on high demanding that the Union Flag be printed on the vials of the Oxford/Astra Zeneca covid vaccine, putting a distinct and very literal spin on vaccine nationalism.

This is clearly both the legacy and culmination of Brexit and the culture war it sparked and which is still being fought. Yet one doesn't need to be a psychoanalyst to discern that wrapping oneself in the Union Flag reflects not confidence but anxiety and insecurity.

Resorting to the power and solidity embodied in a symbol and its associated tropes is an almost clichéd way of making up for one's own weakness and instability.

It's the much same for the Downing Street media briefing room. In politics as in life, the desire for total control very often reflects the fear of losing it, while an overt expression of confidence frequently suggests the opposite. If there were any doubts about analysis, the simple fact the media room and the strategy it manifested has been abandoned before the briefings even began is surely all the evidence we need.