German architect Gottfried Böhm, designer of the brutalist Church of the Pilgrimage, has passed away aged 101.

Böhm, who was the eighth winner of the prestigious Pritzker Architecture Prize, was widely known for his concrete churches that were largely built in Germany.

The colossal concrete Church of the Pilgrimage in the German town of Neviges, also known as Neviges Mariendom, is widely considered to be his greatest work.

Other key projects by the architect include the brutalist Bensberger City Hall, Museum of the Diocese in Paderborn and St Kolumba church in Cologne.

The son of a church architect, Böhm studied architecture at the Technische Hochschule in Munich and sculpture at the Munich Academy of Fine Arts.

After his graduation, he worked at his father's studio in Cologne, which he took over in 1955 after his death. 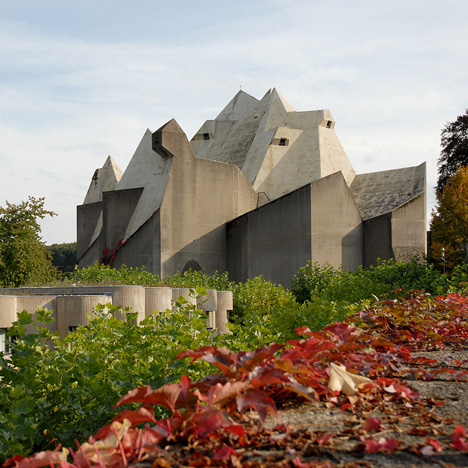 Like his father, he designed numerous churches along with town halls, museums, office buildings and housing, predominantly in Germany.

One of his last projects was the Cologne Central Mosque, which opened in 2015 and was designed with his architect son Paul.

In recognition of his work, Böhm was awarded the Pritzker Architecture Prize in 1985.

"In the course of a career of over forty years, he has taken care to see that the elements in his work which suggest the past also bear witness to his ready acceptance, whether in the design of churches, town halls, public housing, or office buildings, of the latest and best in our contemporary technology," said the jury's citation at the time.

"His highly evocative handiwork combines much that we have inherited from our ancestors with much that we have but newly acquired – an uncanny and exhilarating marriage, to which the Pritzker Architecture Prize is happy to pay honor."

Main photo is by Elke Wetzig.