The UN's annual COP26 climate conference will address carbon emissions from buildings for the first time at a day dedicated to the built environment on Thursday 11 November, organisers have confirmed.

The Cities, Regions & Built Environment Day will take place during the second week of the conference, which is being held in Glasgow, Scotland from 31 October to 12 November.

Other days at the conference will discuss topics including nature, energy, finance and gender.

Details of the built environment day are scant. The COP26 timetable, which was unveiled earlier this month, says the day will involve "advancing action in the places we live, from communities, through to cities and regions".

But the dedication of a full conference day to the topic of emissions from buildings and cities comes amid growing concern that the sector, which is responsible for around 40 per cent of greenhouse gas emissions, has been neglected in the push to tackle climate change.

The day is being organised by a coalition of international organisations including the World Business Council for Sustainable Development (WBCSD).

Roland Hunziker, director of sustainable buildings and cities at the WBSCD, described built-environment emissions as "the sleeping giant".

"Quite honestly, today, nobody really pays a lot of attention to the full impact of emissions from buildings," he told Dezeen. "And so that needs to change." 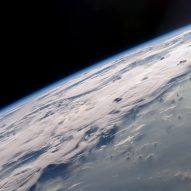 One topic the built environment day is expected to tackle is net-zero buildings. These are buildings that do not contribute any net CO2 to the atmosphere, either via embodied carbon emitted by the construction supply chain or while the building is in use.

"How can we give more visibility to the sleeping giant, the built environment, which is a massive source of carbon emissions?" Hunziker said. "It's the energy we use to heat and cool our buildings but it's also obviously in the materials."

"If we want to reduce emissions along the full lifecycle of buildings, then we have to engage those who develop projects, Hunziker said. "So we have to talk to the investors, to developers to the architects who design these buildings."

Architecture among least well-represented sectors in Race to Zero

The sector is among the slowest to sign up to the UN's Race to Zero initiative, which aims to eliminate net carbon emissions from the global economy by 2050, he said.

"Architecture is one of the least well-represented businesses in the Race to Zero," Topping told Dezeen. "We are working hard to change this so that when we reach COP26 we can really show ambition within the sector."

COP26 brings together nations that signed the 2015 Paris Agreement, which commits signatories to becoming net-zero by 2050 in order to give the world a chance to limit global warming to 1.5 degrees Celsius above pre-industrial levels.

The Race to Zero campaign aims to get 20 per cent of companies in each sector of the economy to commit to the same goal.

Other activities relating to the COP26 include the Built Environment Summit at RIBA in London, which will discuss zero-carbon buildings and generate a set of policy demands that will be presented to the conference.

COP26 will take place at SEC Centre in Glasgow from 31 October to 12 November 2021. See Dezeen Events Guide for all the latest information you need to know to attend the event, as well as a list of other architecture and design events taking place around the world.