The Council on Tall Buildings and Urban Habitat has revealed that 84 per cent of the world's skyscrapers over 200 metres have been built in the past 20 years.

The statistic forms part of The Global Impact of 9/11 on Tall Buildings report created by the Council on Tall Buildings and Urban Habitat (CTBUH) to investigate the impact that the 9/11 terrorist attack had on the design of skyscrapers.

According to the report, the World Trade Center, which was destroyed in a terrorist attack on 11 September, was one of 285 buildings over 200 metres standing in 2001.

"The age of the skyscraper seemed to be at an end"

The rapid increase in the construction of tall buildings runs counter to many people's predictions following the terrorist attack.

"In the immediate aftermath of the terrible events of 9/11, the age of the skyscraper seemed to be at an end," said the CTBUH. 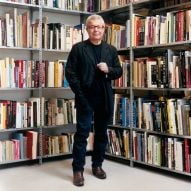 "After witnessing the collapse of the World Trade Center towers due to terrorist attacks, many people, including some in the building industry, believed that we would no longer be comfortable living, working, and socializing in such iconic buildings, given their potential as high-profile targets," it continued.

"Yet 20 years later, the data study below indicates the exact opposite, with more than five times as many tall buildings built since 9/11 than existed before."

This echoes the opinions of the leading skyscraper architects we interviewed as part of Dezeen's 9/11 anniversary series, who said there was "a renaissance of tall building design and development that happened after September 11".

In total, 86 of the world's current tallest 100 buildings have been built in the past 20 years.

If the World Trade Center was still standing it would be the 31st tallest building in the world today. At the time of its destruction, it was the world's fourth-tallest building.

Only 15 per cent of skyscrapers now in North America

The CTBUH also reports that there has been a shift in where skyscrapers are being built.

Before 2001 almost half (49 per cent) of all buildings over 200 metres were located in North America. However, this number has dropped to 15 per cent, as large numbers of skyscrapers are being built in Asia and the Middle East. 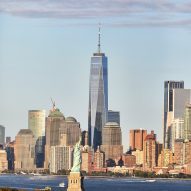 The use of skyscrapers is also changing with residential, mixed-use and hotel towers becoming more common. In 2001, 80 per cent of skyscrapers taller than 200 metres were built as offices, but this number has fallen to 46 per cent.

This Saturday marks 20 years since the 9/11 terrorist attacks. As part of our series marking the 20th anniversary of the attack which destroyed the World Trade Center we looked at how the site has been redeveloped since 2001.

We also interviewed architect Daniel Libeskind who masterplanned the rebuilding who said that "everything changed in architecture" after 9/11.

Main image is by Hufton + Crow.