The London Festival of Architecture has been appointed a new director, Rosa Rogina, who is the event's outgoing programme director.

An architect, researcher and curator, Rogina served as the London Festival of Architecture's (LFA) programme director from 2016 and has also been involved in the 2018 Venice Architecture Biennale and 2020 Vienna Design Week.

She takes over from Tamsie Thomson, who has taken on the chief executive role at the Royal Incorporation of Architects in Scotland. Rogina will head up the festival's 2022 programme.

In addition to her ongoing work with the festival, Rogina was part of the international team behind the Montenegrin Pavilion at the 2018 Venice Architecture Biennale and was curator in residence at Vienna Design Week in 2020.

She has extensive writing and speaking credits to her name, and has previously worked at the offices of Dutch studio MVRDV and UK studios Grimshaw and Farshid Moussavi Architecture. 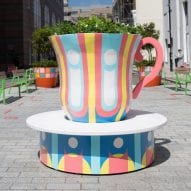 Peter Murray, who is curator-in-chief at New London Architecture (NLA), the organisation behind the festival, said that Rogina's appointment represented a "welcome continuity" for the organisation.

"I'm very pleased that Rosa has agreed to take on the role of director of LFA," said Murray.

"She is well known to all those who have been involved with and supported the festival in recent years and brings a welcome continuity to the role which is enhanced by her work in practice, academic teaching and international curatorial projects."

Festival with impact "needed more than ever", said Rogina

Rogina signalled that topics around the pandemic and climate change would continue to be a focus for the LFA and that she intends for the event to make an impact on the city.

"I am thrilled to become the new director of the London Festival of Architecture," said Rogina. "I cannot wait to work with my festival colleagues and the New London Architecture team, as well as our wonderful network of supporters to shape the future of the festival." 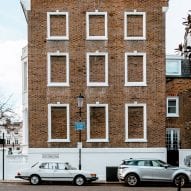 "Ever since joining the festival team in 2016 I have been struck by the LFA's ability to impact everyday experiences of the city: something that's going to be needed more than ever as London emerges from the Covid-19 pandemic, and as we focus more keenly on the climate emergency," she continued.

"I'm proud to be part of a team that does so much to promote the value of London's built environment, and I'm excited for the festival's future."

Festival to return in 2022 following callout for theme

The LFA is the world's largest annual architecture festival. After going online in 2020, it presented a hybrid programme of digital and live events in June 2021 under the theme of "care".

The "care" theme was picked following a callout for suggestions from the LFA's network of existing and new event organisers. It was chosen by a curation panel, who also had input into the event.

The 2022 event will be shaped by a similar process, with the theme set to be announced later this year.