Dutch designer Nienke Hoogvliet has teamed up with entrepreneur Anne Boermans to launch Zeefier, a brand that will offer natural textile dyes made entirely from seaweed.

The Studio Nienke Hoogvliet founder has spent the past eight years researching how to create different colour dyes using various types of seaweed.

Zeefier is scaling up production of these dyes for commercial use, offering an alternative to the artificial colourants typically used in the fashion industry, which contain multiple different chemicals.

"The dyeing of textiles is a really environmentally polluting process," Hoogvliet told Dezeen, "so it has always been my dream to upscale this technology and bring it to the market."

Zeefier officially launched at the recent Dutch Design Week in Eindhoven, where Hoogvliet and Boermans showcased a range of different colours that can be created with seaweed dye.

Zeefier's team of scientists has been working to turn this entire colour palette into dyes that can be produced on a commercial scale and used across the design and fashion industries.

"The colour palette is not what you expect," said Hoogvliet. "It not just boring greens and browns; there's so much more, including purples, pinks and oranges."

Seaweed is a highly sustainable material because it doesn't need agricultural land, fresh water or particular chemicals to grow. As well as producing oxygen, it also purifies carbon dioxide in the air.

Hoogvliet's dyes are produced from seaweed waste streams, which helps to make the use of this material even more sustainable. Seaweed used by the food or cosmetics industries can be recycled, with no impact on the quality of the product.

By comparison, a typical synthetic textile dye could contain chemicals such as copper, mercury, lead or aluminium. These chemicals can be toxic to the workers who produce the fabrics and have been known to cause serious water pollution.

As a result, textile dyeing is believed to be one of the most polluting aspects of the fashion industry.

Hoogvliet has years of experience working on potential uses of seaweed for design and products.

For her Sea Me furniture and rugs, created between 2014 and 2016, the designer experimented with dyes, yarns and paint all derived from seaweed. She has been continuing with the research ever since, publishing the book Seaweed Research.

One of the challenges with seaweed dye, according to Hoogvliet, is that currently it can only be used with natural fabrics such as cotton, silk and wool, rather than synthetic textiles. 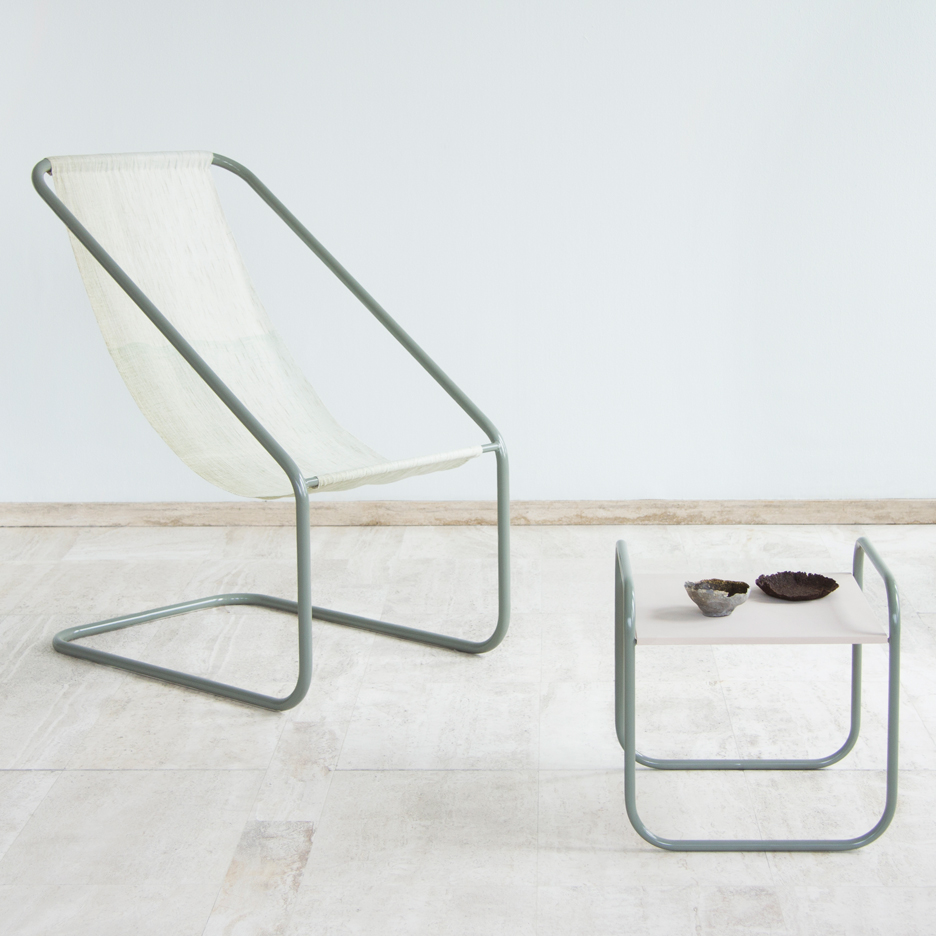 Nienke Hoogvliet's Sea Me furniture is made from woven seaweed

Another obstacle is that natural dyes aren't colourfast like synthetic dyes, so the colours subtly change over time.

Despite these drawbacks, Hoogvliet believes there is a big market for natural dyes, as more and more companies are looking to reduce their environmental impact.

"The interest is really big," she said. "Everybody realises now that they have to change and regulations are changing too."

"Even though the colour changes slightly, most brands are open to it," she stated. "They see that this is part of the natural dye and that it's not necessarily a bad thing."

Zeefier is yet to release its range of dyes, but it has launched its first product – a pure wool scarf which is hand dyed using Giant Kelp seaweed to create a soft yellow tone.

With the release of the dyes, the brand hopes to collaborate with high-end fashion labels to bring seaweed dye to haute couture fashion collections.

However, the long-term goal is to supply natural dye to high-street fashion brands.

"We are now at the lab phase, but we hope to be producing batches for haute couture by the summer," said Hoogvliet.

"In five years, we want to have our own factory up and running."

Zeefier was exhibited at Dutch Design Week in an exhibition titled It's in our Nature, which explored ways in which humans can be more in synergy with the natural world.

Dutch Design Week ran from 16 to 24 October 2021 at venues across Eindhoven. See Dezeen Events Guide for an up-to-date list of architecture and design events taking place around the world.