Existing buildings in EU countries will be legally required to meet minimum energy standards for the first time by 2027 under draft regulations set to be published next week.

From 2027, buildings will need to meet energy performance class E to be sold or rented out, and class C by January 2033.

The proposed laws are laid out in a draft European Union directive scheduled for publication on 14 December, which was leaked to Euractiv.

"Each member state shall establish minimum energy performance standards which lead to the renovation of existing buildings," said the document.

"The standards shall apply at the latest from 2027. By [2035], the entire national building stock shall be covered by minimum energy performance standards," it added.

The draft directive also demands that by 2030 all new structures must be "zero-emission" – with public buildings required to hit this standard by 2027.

If passed, the directive would replace existing long-term building renovation strategies with new strengthened action plans aimed at getting building stocks to hit zero-emission standards by 2050. 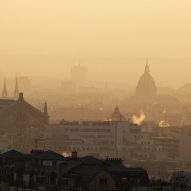 "Each member state shall establish a building renovation action plan to promote the renovation of the national stock of residential and non-residential buildings, both public and private, into a highly energy efficient and decarbonised building stock by 2050, with the objective to transform existing buildings into zero-emission buildings," the directive said.

Action plans would need to be submitted to the European Commission for approval by 2025 and every five years after that.

They would need to set out "a roadmap with domestically established targets and measurable progress indicators [for different building types], with a view to the 2050 climate neutrality goal".

Nations would set targets on the energy consumption and greenhouse gas emissions from buildings for 2030, 2040 and 2050. 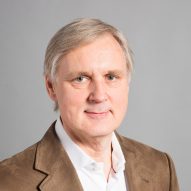 The document does not focus on embodied carbon, but proposes that action plans must include measures aimed at "the reduction of whole life-cycle greenhouse gas emissions in the construction, renovation, operation and end of life of buildings".

A study published by the European Commission last year found that around 75 per cent of buildings in the EU are energy inefficient.

Buildings are responsible for approximately 40 per cent of the bloc's energy consumption and 36 per cent of its greenhouse gas emissions, with the EU committing to reducing emissions to net-zero by 2050.

More about the European Union