Scottish-Ghanaian architect, academic and novelist Lesley Lokko has been appointed to curate the Venice Architecture Biennale in 2023, becoming the first Black architect to lead the biannual event.

Lokko, who is the founder of the African Futures Institute in Ghana and editor-in-chief of FOLIO: Journal of Contemporary African Architecture, will oversee the 18th edition of the prestigious architecture exhibition.

Her appointment marks the first time the Venice Biennale board – currently led by president Roberto Cicutto – has selected a curator of African descent.

It is also only the third time a woman has been chosen, following Kazuyo Sejima in 2010 and Yvonne Farrell and Shelley McNamara in 2018.

"Speaking to you from the world's youngest continent, I would like to thank President Cicutto and the entire team of La Biennale di Venezia for this bold, brave choice," said Lokko.

Cultural and racial identity is an important theme in much of Lokko's work across both architecture and writing.

She founded the African Futures Institute in Accra in 2020, positioning Africa as "the laboratory of the future".

She has a PhD in Architecture from the University of London and is the author of White Papers, Black Marks: Race, Space and Architecture, as well as 13 novels including the bestselling Sundowners. 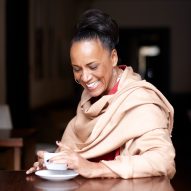 Lokko is also an important contributor to architectural education, having founded the Graduate School of Architecture at the University of Johannesburg.

She was dean of the Spitzer School of Architecture at City College in New York from 2019 to 2020, before resigning in what she described as a "profound act of self-preservation".

Looking at Africa as "laboratory of experimentation"

"The appointment of Lesley Lokko as curator of the 18th international architecture exhibition is a way of welcoming the gaze of an international personality who is able to interpret, through different roles, her own position in the contemporary debate on architecture and cities," stated Cicutto.

He said the move "takes as its starting point her own experience immersed in a continent that is increasingly becoming a laboratory of experimentation and proposals for the whole contemporary world". 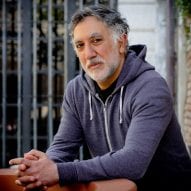 Lokko has received a series of awards in recent years, including the RIBA Annie Spink Award in 2020 and the Ada Louise Huxtable Prize in 2021.

Her exhibition is expected to build on some of the ideas explored in the 2021 edition curated by Lebanese architect and MIT dean Hashim Sarkis.

Titled "How will we live together?", it looked at how people from around the world can come together to solve problems, despite widening political and economic divides. The theme took on particular response within the context of the Covid-19 pandemic.

"A new world order is emerging"

"A new world order is emerging, with new centres of knowledge production and control," said Lokko.

"After two of the most difficult and divisive years in living memory, architects have a unique opportunity to show the world what we do best: put forward ambitious and creative ideas that help us imagine a more equitable and optimistic future in common."

The photography is by Murdo Macleod.