Swedish brand Cake has created an electric motorbike specifically for use in the remote South African bush that is "super-efficient" at catching animal poachers.

The Ösa AP (anti-poaching) bike, which was unveiled by Cake an expo in Denver last month, allows rangers to quietly track poachers.

"Before with the combustion engine bikes, the poachers would hear the guys four-to-five minutes away and just pack up and leave," Cake chief executive Stefan Ytterborn told Dezeen.

"In this case, they can sneak up on the poachers without being heard until they're really, really close."

As well as the lack of noise, the solar-charged Cake anti-poaching bikes also negate the need for costly and polluting truck or helicopter deliveries of petrol out into the remote bush.

It is the second product in Cake's Electric Bush Bike range after its Kalk AP was trialled last year by the Southern African Wildlife College.

Cake entered the electric motorcycle market in 2018 with the lightweight motorcross-style Kalk, followed by the workbench-bearing Ösa a year later.

For the anti-poaching series, these models have been adapted to cope with the demands of travelling off-road through the South African outback.

That meant sealing the bikes' motors and drivetrains to protect against dust while finding new cooling solutions in order to mitigate the loss of ventilation, as well as fitting wider wheels and tyres to enable riding through muddy terrain.

Cake developed its software to allow the bikes to switch quickly between prioritising range and speed, depending on whether they are patrolling the bush or chasing down poachers.

Extra communication kit was also fitted to help riders contact the ranger camp while on patrol.

Working with the US company Goal Zero, Cake also produced a solar-charged mobile power station for the Electric Bush Bikes.

"We pretty much started from scratch developing a bike that would deal with the African climate, whether that be humidity, mud, dust, and so forth; sealing bikes, and developing specific software to support their riding needs," said Ytterborn.

He added that since it began five months ago, the trial with the Southern African Wildlife College had shown the Kalk AP to be "super-efficient" for catching poachers.

In total, ten bike have been donated to the Southern African Wildlife College, funded by private purchases of Cake products, with the launch of the Ösa AP intended to keep up the project's momentum.

Three per cent of the proceeds from purchases of Cake's AP bikes and apparel go to the college.

Part of the purpose of the anti-poaching initiative is to help Cake further develop the durability of its bikes in order to extend their useable lifetimes and so be more sustainable.

"And therefore, it's crucial for us to develop bikes that can stand jumping 30 metres, doing a double flip, or doing whatever it is that may be needed for anti-poaching in Africa, or for polar expeditions, so we can implement those learnings about durability and longevity in our bikes for more ordinary uses."

Ytterborn admitted that the AP bikes currently in use are not yet "perfectly attuned", with dust clogging issues meaning they must be cleaned daily, but that he expects the models to be optimised over the rest of the two-year trial in South Africa.

It is now exploring alternative uses for the Electric Bush Bikes, including a current project, which would see them distribute Covid and malaria vaccines in rural Ghana and charge medical fridges with their mobile batteries. 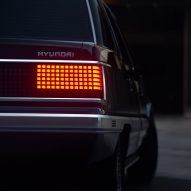 The Ösa AP is described by Cake as an "off-grid transporter". It was designed to haul heavy loads, while running on an extra-powerful battery that can be used to power electrical equipment.

A long, flat bar along its length can be used to attach baskets, bags and tools in more than a thousand possible configurations.

It comes in versions equivalent to a 50cc moped or a 125cc motorcycle, both of which are street legal in the US and Europe.

The non-street-legal Kalk APs can hit speeds of more than 90 kilometres per hour, weighing 62 kilograms with a battery range of up to three hours.

Cake has also has produced a city moped, the Makka, and developed versions of its bikes optimized for racing and deliveries.

The photography is courtesy of Cake.