Stockholm Furniture & Light Fair has been postponed for the third time since the coronavirus pandemic began and will "focus on a strong comeback" in February 2023.

The fair, which is one of the largest in Scandanavia, announced that it will be postponed from its planned date in September 2022.

The organisers made the decision as they believe that the September date was drawing attendees away from its planned 7-11 February dates in 2023.

"In hindsight, we've realised that this decision has divided the industry; many exhibitors and visitors choose between September this year and the coming fair in February," said Chicie Lindgren, business area manager at Stockholm Design Events, which organises Stockholm Furniture & Light Fair.

"We want to unite the design industry"

This is the third time since the start of the pandemic that the organisers have postponed the fair, which usually draws in crowds and exhibitors from across the world.

In 2020, the organisers decided to cancel the 2021 event altogether due to the pandemic.

The organisers then decided to postpone the fair from February to September in 2021 due to a surge in Omicron cases across Europe.

Project area manager at Stockholm Furniture & Light Fair and Stockholm Design Week Hanna Nova Beatrice explained that they hope the decision will allow the fair to come back stronger.

"We want to unite the design industry and focus on a strong comeback after two years of absence," she said. 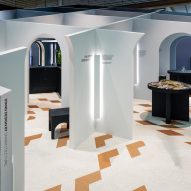 The organisers made the decision on the advice of leading representatives in the industry including those from The Swedish Federation of Wood and Furniture Industry (TMF).

"We have talked to our members and the majority of them think we should focus on February, which is an established date internationally," said Cecilia Ask Engström, TMF's director of industrial development.

"After two years of cancelled fairs, it's more important than ever that the industry stays together, and the trade fair gets a strong restart."

Other organisers have come up against similar challenges as a result of changing dates, extending the impact of the global health crisis into a third year.

Denmark's 3 Days of Design fair swapped its scheduled dates in early June to a later date so that it didn't coincide with competing design fairs including Salone del Mobile and Design Shanghai. 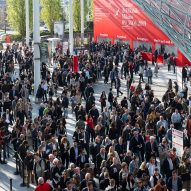 Internationally, design events that have been cancelled or postponed as a result of the pandemic and its restrictions include Germany's IMM Cologne, China's China International Furniture Fair and Italy's Milan Design Week.

Stockholm Furniture & Light Fair's sister event, Stockholm Design Week is still set to run in September. It is expected to return to its usual February slot in 2023.

Stockholm Design Week will run from 5-11 September 2022 in Stockholm and 6-12 February 2023. Stockholm Furniture & Light Fair will take place between 7-11 February 2023 in Stockholm. See Dezeen Events Guide for an up-to-date list of architecture and design events taking place around the world.