US senator Ted Cruz has said that schools should be redesigned to have a single door guarded by armed police to prevent further shootings following the tragedy in Uvalde, Texas.

Speaking to a local news program outside the school in Uvalde, Texas, where 19 children and two adults were killed in a shooting on 24 May, the Republican senator called for several measures to "harden schools".

Cruz, who was elected to the US Senate in 2012, reiterated his statements on Fox News later that evening.

"One of the things that everyone agreed is don't have all of these unlocked back doors, have one door into and out of the school and have that one door [with] armed police officers at that door," he said.

"Too many entrances and too many exits"

He added that the deaths would have been prevented if legislation he introduced into the senate in 2013 for $300 million of federal grants to be spent to "harden schools" had passed.

"If that had happened, if those federal grants had gone to this school, when that psychopath arrived, the armed police officers could have taken him out," he said.

This was not the first time that Texas lawmakers have proposed such a solution in the aftermath of a school shooting.

In 2018, after another shooting at a Texas high school, Lt Governor Dan Patrick made similar comments.

"We may have to look at the design of our schools moving forward and retrofitting schools that are already built. And what I mean by that is there are too many entrances and too many exits to our more than 8,000 campuses in Texas," he said, according to the Texas Tribune. 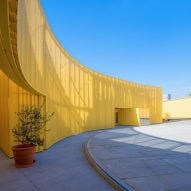 Significant research has gone into the design as an element of prevention in the case of school shootings.

Everytown, a gun-safety think tank in partnership with the American Federation of Teachers and the National Education Society, found in a report last year that the "most effective physical security measures — the ones that are agreed on by most experts — are access control measures that keep shooters out of schools in the first place".

After the Uvadle shooting, NBC News reported that the school district did have an extensive safety plan with $435,000 allotted annually for security.

The report quotes a grandmother of one of the surviving students who said that while the back doors are usually locked, there was an awards ceremony at the school, which could explain why the door the shooter used to enter the building was unlocked.

However, details of how and when the shooter entered and the nature of the immediate police response remain unclear.

On Thursday, Allison McKenzie, an architect and principal for SHP who works in school design, was interviewed by local news station WLWT 5 Cincinnati.

"This is obviously a very complex problem that architecture alone is definitely not going to fix," McKenzie said. "But us being part of the conversation is really helpful, I think."

"A false sense of safety"

Not everyone agrees that design practices or security protocols are to blame. The New York Times reported "that such [security] efforts might actually provide a false sense of safety in the absence of gun control regulations and more robust investments in mental health".

In recent years, architects have explored ways to use design to reduce the impact of mass shootings. In 2019, Tower Pinkster proposed a range of measures including curved hallways and "wing walls" behind which students could take cover in their design for Fruitport High School in Michigan. In 2018, the American Institute of Architecture sat down with the Department of Homeland Security to put together guidelines for design practices to make schools more resistant to violent shootings.

Other anti-violence school designs include a curved, bullet-resistant school in Los Angeles designed by Brooks + Scarpa.