Architecture forum The World Around has launched an initiative that will pair 25 under 25-year-olds with mentors including architects Sumayya Vally, Frida Escobedo and Tatiana Bilbao.

The initiative is seeking 25 people to apply for its Young Climate Prize, which will expand The World Around's current program of talks.

"In this new initiative I wanted to show what it could mean to not only platform and broadcast inspiring, visionary work of the very best in the world, but to demonstrate support and investment into the next generation; the ones who were born into the climate crisis and whose lives have been and will be fundamentally shaped by what the world does in the coming decade," said The World Around founder Beatrice Galilee.

The World Around is seeking applicants aged under 25 from anywhere in the world to apply for the program, which is supported by arts organisation Meta Open Arts and will have a public programme created in collaboration with the Solomon R Guggenheim Museum.

Each applicant must have already created a project that "successfully addresses or mitigates climate change in their community".

"It was important to me that this prize is not for one single winner, and also that the prize is for people who are truly working on their own projects and making a positive change in their community," explained Galilee. 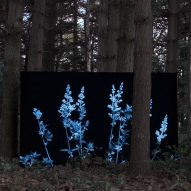 "That's why we will be giving an annual cohort of 25 under 25s a unique program of one-on-one mentorship and guidance as well as an academy where workshops will offer support and advice on everything from marketing and fundraising to graphic design, communication and film-making."

Mentors on the program include some of the leading names in architecture and design. These include architects Escobedo and Bilbao, as well as Vally, Kabage Karanja and Stella Mutegi of Cave Bureau and Tosin Oshinowo.

Established in 2020 by Galilee and Diego Marroquin, The World Around presents conferences that aim to showcase architecture's best ideas. Its 2022 summit was recently broadcast on Dezeen.