Architect Jack Diamond, who co-founded Diamond Schmitt Architects and whose designs include the Four Seasons Centre for the Performing Arts in Toronto, has died aged 89.

In 1964, Diamond emigrated to Canada and founded the masters of architecture program at the University of Toronto, where he was the first director.

Following this, he formed Diamond and Meyers with Barton Meyers in 1968 where he worked for five years, eventually splitting off and forming his own practice, AJ Diamond Architects.

In 1975, he partnered with Donald Schmitt to found a practice that became Diamond Schmitt Architects, where he was a principal until his passing. 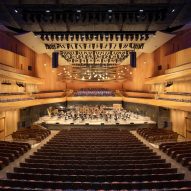 At Diamond Schmitt Architects, Diamond led projects such as the Holly Blossom Temple in Toronto, the Memorial Hall at Marlborough College in the UK, the Four Seasons Centre for the Performing Arts in Toronto and the Foreign Ministry of Israel in Jerusalem.

Diamond was also an advocate for high-density urban environments and was appointed as a commissioner by the Premier of Ontario to review land use and taxes for the province.

"He led the implementation of infill housing in Toronto to strengthen existing neighbourhoods at risk," he added. "He demonstrated the economic and societal benefits of transforming heritage for new uses."

"He illustrated low-rise alternatives to high-rise development at comparable land use densities. He articulated the negative impacts of low-density suburban sprawl on public transit, servicing costs, social cohesion and the environment," Schmitt continued. 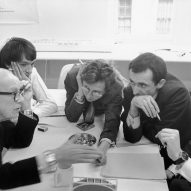 In addition to his work in urban planning, Diamond was also a commissioner for the Ontario Human Rights Commission.

He was a prolific painter and published a book of sketches with publisher Douglas & McIntyre.

"Jack was a teacher, collaborator and mentor who shaped an exhilarating studio culture. A significant number of architects mentored by the office have also formed important practices in Toronto, across Canada and abroad," said Schmitt.

Diamond Schmitt continues to complete high-profile projects around the world, and recently finished construction on a renovation of the New York Philharmonic's David Geffen Hall in New York.

The photograph is courtesy of Diamond Schmitt.