The Royal Institute for British Architects has appointed Robbie Turner as its new director of inclusion and diversity, succeeding Marsha Ramroop, who resigned in March of this year.

Turner was previously the director of pharmacy and member experience at the Royal Pharmaceutical Society, where he began the organisation's first inclusion and diversity programme.

He also worked with stakeholders both at and outside the Royal Pharmaceutical Society with a "range of lived experiences" to create a long-term equality, diversion and inclusion (EDI) strategy, which included its Inclusion and Wellbeing Pledge, RIBA said.

Turner will take up the role at RIBA from next Tuesday.

"I am really pleased to have been on the selection panel for this appointment and I welcome Robbie to RIBA," RIBA board member Sumita Singha said.

"We have invested a great deal of time and resource in building the foundations of a culturally intelligent organisation and have a clear cross-industry action plan to realise a more diverse, equitable and inclusive sector," she added.

"This is a unique and challenging role: requiring understanding, engagement and allyship with a vast range of audiences including our members and practices which Robbie will bring to the role."

Turner to be RIBA's second director of inclusion and diversity

Turner will be the second director of inclusion and diversity at the organisation, which is the UK's professional body for architects.

Ramroop, who was the first person to hold the role, resigned in March after being in the role for just a year to "focus on other opportunities," RIBA said. 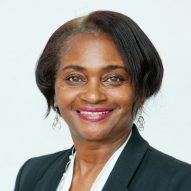 In a statement on her LinkedIn page, Ramroop said: "Robbie Turner is new to me and my circle in the EDI space, but we've been able to start to get to know each other since I was informed of his appointment. I hope to develop that relationship. I look forward to discovering his areas of expertise as he sets the competencies for the profession, and delivers on the joint institutes' EDI Action Plan."

"I hope he feels he has the support he needs to navigate the complex nature of the Institute and the straitened times in which it finds itself, and I wish him well with the role," she added.

"Whilst I continue to be humbled by all the admiration and support the sector seems to have for me and the work I've done, I reflect it is, perhaps, more important that we all focus on the outcomes we need to see, and, as long as we have the credentials, it's less about the personalities that deliver it."

RIBA also recently announced the hiring of Valerie Vaughan-Dick as its new chief executive. Earlier this year, Muyiwa Oki was appointed its next president.

The photograph is courtesy of RIBA.