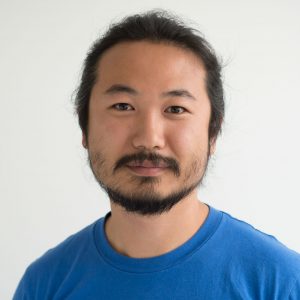 Prior to setting up Studio Weave in 2006, Ahn worked on various projects ranging from refurbishing historic buildings in West London, to Cross Rail, to major office developments in the City of London.

Ahn was born near Bursun in South Korea and studied architecture at the University of Bath, TU Delft in the Netherlands and London Metropolitan University.

Studio Weave has been acknowledged in various awards including the RIBA South East Building of the Year 2013 for Ecology of Colour, the Civic Trust Awards, with the Special Award for Community Impact and Engagement going to The Longest Bench; and the International Emerging Architecture Awards.

The studio was named one of the 200 most newsworthy forces in the design world in the 2016 Dezeen Hotlist.