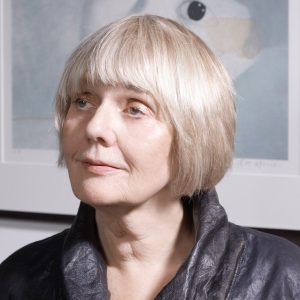 Renny Ramakers is co-founder and creative director of Droog design, a conceptual Dutch design company based in Amsterdam.

Ramakers studied art history at the University of Leiden in the Netherlands. She established Droog with designer Gijs Bakker in 1993.

The platform, named after the Dutch word for "dry", quickly became influential, bringing international attention to Dutch design and championing a new type of furniture, lighting and product design that embodied conceptual thinking.

Often featuring industrial or recycled materials and embracing imperfection, Droog's products stood in contrast to the highly styled design that was popular at the time. The platform produced designs by a host of young, mostly Dutch designers and helped launch the careers of Marcel Wanders, Hella Jongerius, Richard Hutten and Jurgen Bey, among others.

In 2014 Ramakers launched Design+Desires, a research programme investigating user-centred urbanism. She also writes, curates and has authored several books. In 2012, Newsweek magazine named her one of the “150 Women Who Shake the World".