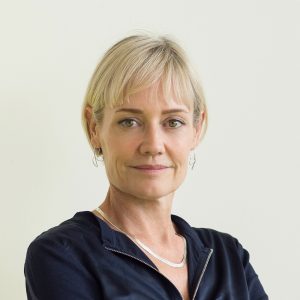 Alison Brooks graduated from the University of Waterloo with a Bachelor of Architecture and a Bachelor of Environmental Studies. She has since received an honorary doctorate from the university.

The architect founded Alison Brooks Architects in 1996 and the practice has developed a worldwide reputation for its work, winning multiple international awards. Brooks has worked on a range of projects from private to commercial, responding directly to the community, place and landscape. Her work includes The Smile, an inhabitable cross-laminated timber structure designed for London Design Festival 2016, three brick housing blocks in northwest London and the Quarterhouse performing arts and business centre in Folkestone.

In 2017, she was named a Royal Designer for Industry by the Royal Society of Arts and was appointed as a Mayor's Design Advocate for London. As the recipient of the RIBA Stirling Prize, the RIBA Manser Medal and the Stephen Lawrence Prize, Brooks is the only British architect to win all three awards.

Brooks was named by Debrett’s as one of Britain’s 500 most influential people in 2012. In 2018, Harvard Graduate School of Design appointed her as the John T. Dunlop Design Critic.