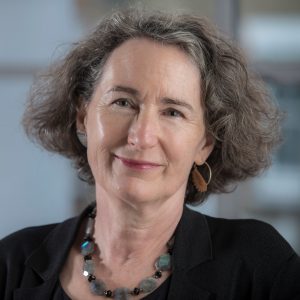 Barfield co-founded Marks Barfield Architects with partner David Marks in 1989, after graduating from the Architectural Association. The architecture studio’s projects include the London Eye and British Airways i360 in Brighton.

The studio’s most recent projects include a mosque in Cambridge, which aimed to revitalise the social and religious community as well as champion sustainability in design.

Barfield has lectured at conferences, universities and schools in both the UK and around the world, including Mexico City, Berlin, Rome, Beijing and the University of Virginia.

In 2017 Barfield was a finalist for the Woman Architect of the Year award and the following year she was the chair of the National and International RIBA Awards panel.

The studio’s award-winning projects, from cultural and business buildings to bridges and infrastructure, have earned both Marks and Barfield an MBE.