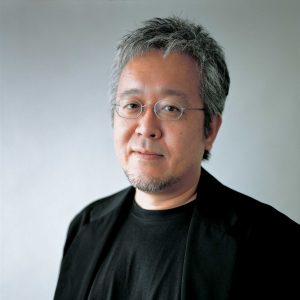 Japanese designer Kenya Hara has been art director at Muji for over 15 years.

Known for its simple and pared-back branding across its homeware, clothing and office stationery products, Muji's rapidly changing designs correlate with social trends, resulting in the brand’s growing popularity. Recent projects include a driverless shuttle bus for Finland's general public, a hotel in Shenzhen, the retailer's first hospitality project, and compact prefabricated huts made from blackened Japanese timber.

The designer also heads the Hara Design Institute, emphasising the equal importance of design in both ordinary objects and experiential spaces. His designs aim to respond to the observations of a developing society and the discovery of new solutions.

Hara’s influence across Asia can be seen from his travelling exhibition Designing Design: Kenya Hara, which started in Beijing in 2011, to his books which have been translated into multiple Asian languages.