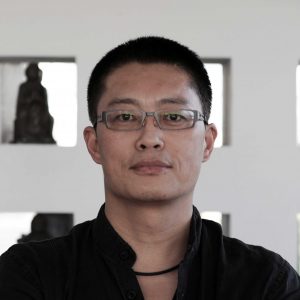 Chinese architect Li Xiaodong studied at Tsinghua University, and received his masters from the School of Architecture at Delft University of Technology. He established his atelier in 1997, focusing on small-scale, self-initiated projects and highlighting sustainable design by impacting the surroundings as little as possible.

Xiaodong's portfolio comprises architecture, interiors and urban space projects, including the award-winning Bridge School in rural China, which aimed to revitalise the community. He was the first recipient of the RAIC International Prize – an award launched by the Royal Architectural Institute of Canada and architect Raymond Moriyama in 2014. Xiaodong won the award for his Liyuan Library project, a single-story structure covered in firewood.

The architect won one of the RIBA President's Medals in 2000 and has also been recognised by the Architectural Review, the World Architecture Festival and UNESCO. He was made an honorary fellow of the AIA in 2012.