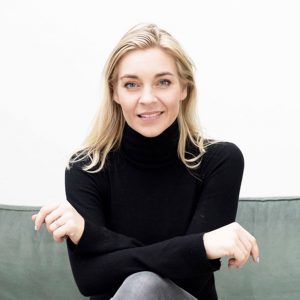 With a name that is an abbreviation of spatial conversion and cross-functionalism, Spacon & X designs with hopes of improving living and working in urban contexts. The interior architecture studio aims to tackle the increasingly limited space in cities, whilst promoting their multifaceted functional possibilities. Spacon & X is known for spatially-engaging and community-oriented projects at a diverse range of scales.

Dyrup Carlsen has been a senior lecturer at the Royal Danish Academy of Fine Arts School of Architecture since 2007 and appeared as a co-host and judge on a Danish television series.

The studio designed a sustainable pop-up hydroponic farm project in collaboration with IKEA’s Space10 for London Design Festival 2017. The project won the hospitality interior of the year award at Dezeen Awards 2018.

Spacon & X was also named emerging interior designer of the year at the inaugural Dezeen Awards.